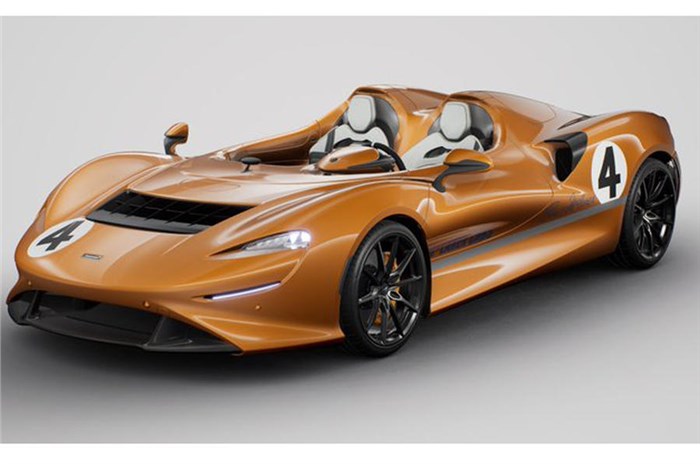 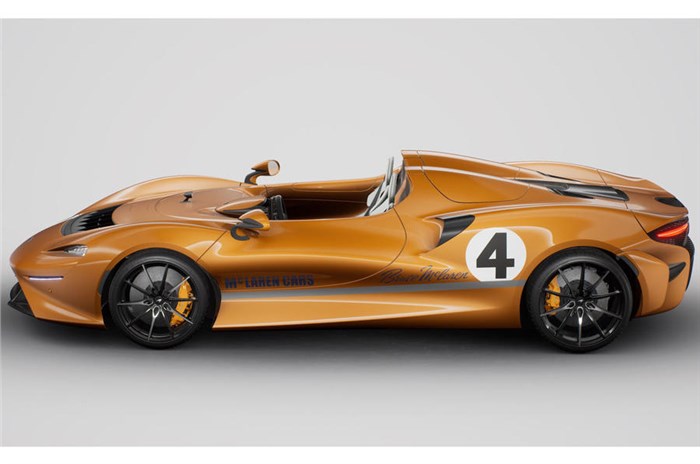 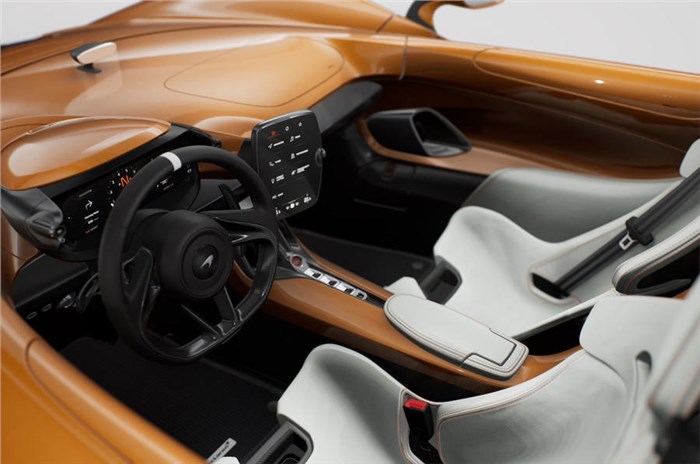 MSO (McLaren Special Operations), McLaren’s in-house personalisation division, has created a special edition of the new Elva roadster that pays homage to one of the firm’s historic race cars.

Finished in a distinctive shade of ‘Anniversary Orange’, the Elva M6A Theme by MSO has been created in tribute to company founder Bruce McLaren’s iconic M6A, with which he won the 1967 Can-Am Challenge Cup.

The one-off special edition's motorsport-inspired livery incorporates a subtle grey racing stripe along the sides, a retro-inspired ‘McLaren Cars’ logo and Bruce McLaren’s signature. The prominent '4' decal is a reference to the Kiwi’s long-standing race number.

The theme is carried over to the interior, where the dashboard, centre console and door panels are painted in the same shade of orange. The brake calipers, also finished in orange, sit behind new 10-spoke alloy wheels, painted in black.

Whereas the original car was powered by a naturally aspirated Chevrolet-derived 5.9-litre V8, today’s road-legal car packs McLaren’s range-topping 4.0-litre twin-turbo V8. The new MSO edition is mechanically unaltered from the standard version, meaning it produces 815hp and can crack the 0-100kph sprint in less than 3sec.

McLaren will build just 399 examples of the Ferrari SP2-rivalling Elva, with customer deliveries set to get under way later this year once the Speedtail’s production allocation has been fulfilled. Prices start from £1,425,000, (around Rs 13 crore) including UK VAT.