Flex fuel vehicles are designed to run on petrol or petrol-ethanol blends with even up to 100 percent ethanol. 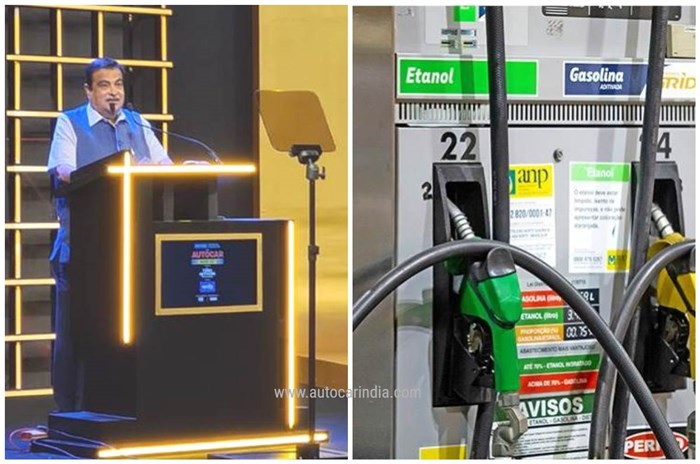 Nitin Gadkari, the Union Road Transport and Highways Minister, has urged automakers to roll out flex-fuel vehicles in the Indian market within a year’s time.

Focus on roll out of flex fuel vehicles

Nitin Gadkari has appealed to the delegation of CEOs of SIAM (Society of Indian Automobile Manufacturers) to roll out flex fuel vehicles capable of running on 100 percent ethanol or petrol in the Indian market within a year's time. A ‘Flex fuel engine’ is an internal combustion engine that can run on more than one fuel and also a mixture.

Typically, a blend of petrol and ethanol or methanol is used, and the engine is capable of automatically adjusting for any percentage of the blend, thanks to modifications like a fuel composition sensor and suitable ECU programming. Flex fuel engines are capable of running on 100 percent petrol or 100 percent ethanol and are already available in countries such as Brazil, the USA, and Canada.

"Met a delegation of CEOs of SIAM in New Delhi today. Emphasised on the need for a quick roll-out of Flex-Fuel Vehicles (FFVs) capable of running on 100 percent ethanol and gasoline into the Indian auto market within a year's time," the Minister said in a tweet.

Earlier this year at the 2021 Autocar India Awards, Gadkari had already expressed his wish for the Indian Auto industry to explore flex-fuel engines in our market. He elaborated, saying that he thinks both four-wheelers and two-wheelers could run on either petrol or ethanol as a fuel.

As per an official statement, the delegation of CEOs comprised private, commercial as well as two-wheeler manufacturers. The delegation met the minister to present an update of the auto industry’s status and even requested for the deferment of emissions-based regulations such as the second stage of Bharat Stage 6 and phase 2 of CAFÉ norms.

During the meeting, in the interest passenger vehicle safety, the Transport Minister also urged all private automakers to provide a minimum of six airbags across all variants and segments of the vehicle.