Along with the new BS6-compliant engine the 2020 Kicks could get cosmetic and equipment upgrades. 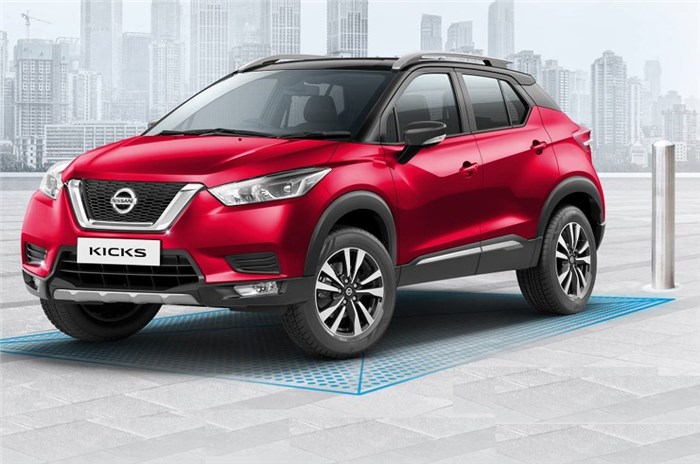 Nissan India has released a first set of details for the upcoming BS6-compliant Kicks SUV. And the big news is the arrival of a new 1.3-litre turbo-petrol engine. Headline numbers include 156hp of power and 254Nm of torque, which will make the Kicks the most powerful petrol mid-size SUV, initially. Nissan has also announced the engine will be available with a 7-step CVT gearbox. A 6-speed manual transmission could be offered as well.

The 1.3-litre turbo-petrol engine, known internally as HR13DDT, was first shown at Auto Expo 2020 at Nissan’s alliance partner Renault’s stand. The Renault Duster with the same engine is also waiting in the wings.

The HR13 engine used on the Kicks and Duster is co-developed by Daimler and is the same powerplant that (with higher power outputs) does duty on a few Renault, Nissan and even Mercedes-Benz models - like the A-class and the GLA - sold abroad. As reported by us earlier, the 2020 BS6 Nissan Kicks will come with petrol engines only as the brand has ditched the popular K9K 1.5-litre diesel engine for the BS6 era. Upgrading the diesel engine to BS6 norms has been proven to be too costly.

Sources at Nissan India tell us that the BS6 Kicks 1.3 will be priced "competitively". Like the Duster 1.3 turbo-petrol, the Kicks 1.3 will also sit at the top of the range, with the lower variants expected to come with a BS6-compliant 106hp, 1.5-litre petrol engine. This will help Nissan aggressively price its slow-selling SUV.

The Kicks 1.3 can be expected with creature comforts like automatic climate control and cruise control, along with safety features like multiple airbags, ABS and hill-start assist, to name a few.  According to sources, there will be minor interior upgrades as well.

Key rivals to the 2020 Nissan Kicks BS6 will be the updated Renault Captur (it’s due soon), the all-new Hyundai Creta, Kia Seltos and the Tata Harrier, among others. Expect Nissan to announce pricing for the Kicks BS6 in the coming weeks.