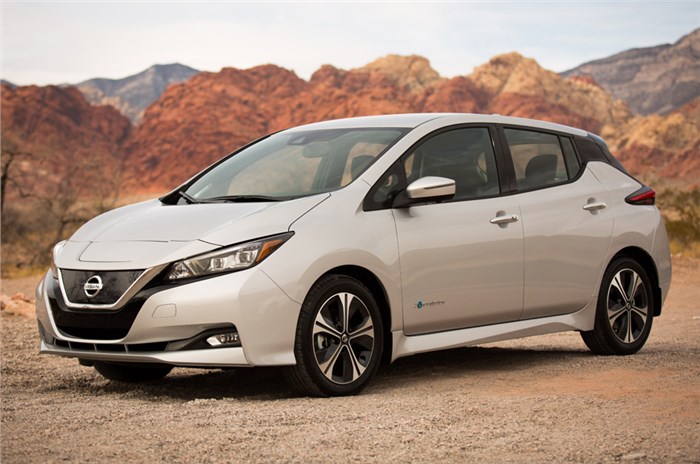 Company in talks with government for electric vehicle subsidy, else the Leaf could be priced at around Rs 50 lakh.

Japanese carmaker Nissan is ardently working towards launchingitsLeaf electric vehicle in the country. With an estimated asking price of around Rs 50 lakh (ex-showroom), the Leaf isn't going to be cheap but will function as a technology demonstrator for the company in India. The EV will be brought to our shores as a completely built unit (CBU) and therefore attracts a high import duty.

Nissan, however, is in talks with the government for tax incentives to make the Leaf more affordable. At present, the government offers subsidies to full hybrids and electrics assembled locally under its Faster Adoption and Manufacturing of Electric vehicles in India (FAME) scheme.

The Leaf is currently undergoing a pilot-run in India to explore its viability. The carmaker recently unveiled the second-generation of the Leaf, which enjoys the distinction of being the world's most popular EV globally, with sales of 3 lakh units.

The new Leaf is powered by a 40kWh battery (up 10kWh from the previous-gen vehicle) and makes 140hp (up 40.4hp from the current 30kW battery range-topper). The claimed range for the Leaf is 400km (up by 280km) under the Japanese driving cycle and 380km (up by 129km) under the New European Driving Cycle.

Apart from the Leaf, Nissan is also evaluating the possibility of introducing the Note e-Power in the country. The range extender, which hasbeen spotted testing in India, uses a 1.2-litre, three-cylinder petrol engine which generates power for an 80kW (or 108hp) electric motor that drives the front wheels, eliminating the need to charge the vhicle through a wall socket.