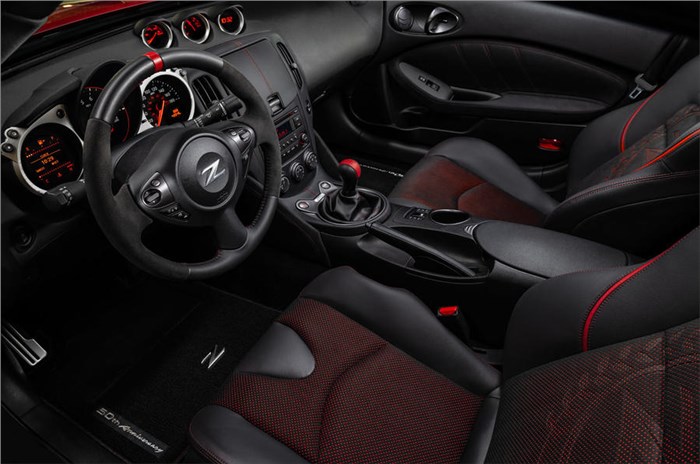 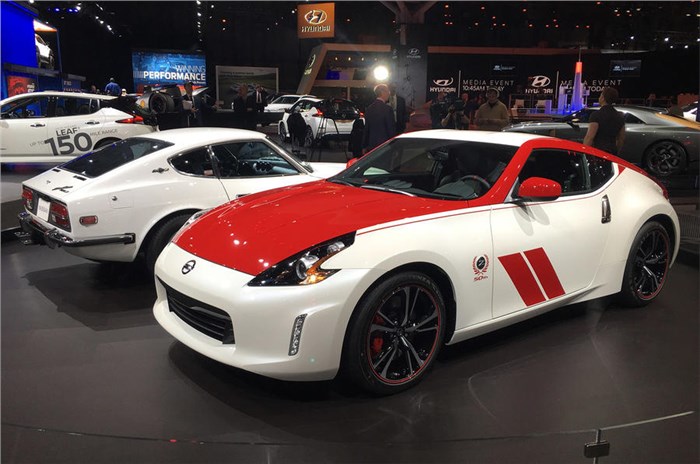 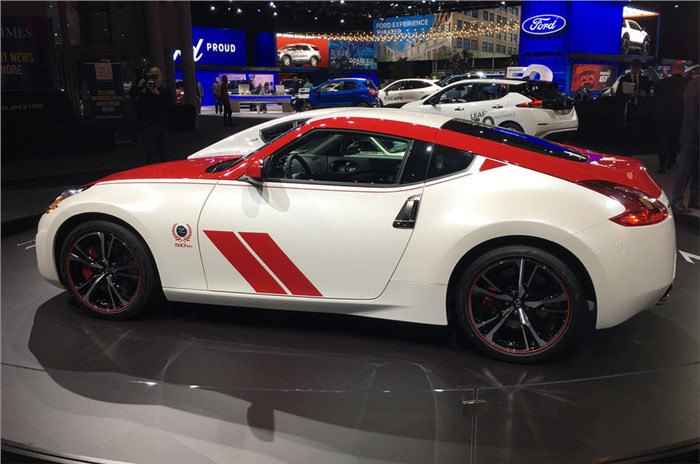 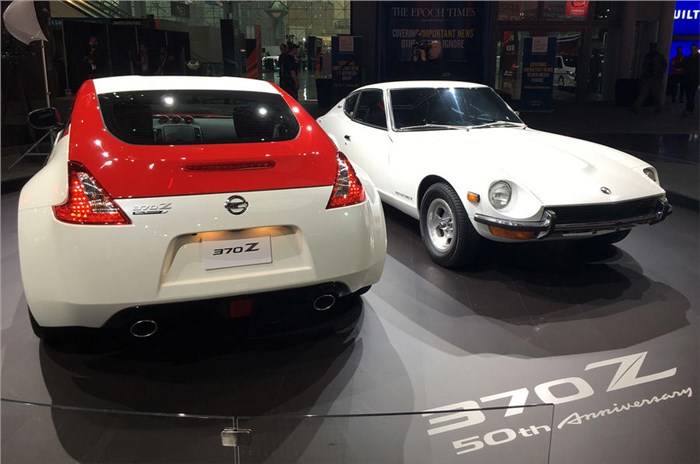 Nissan took the covers off the 370Z 50th Anniversary special edition at the 2019 New York motor show. The display car, which celebrates 50 years of Nissan’s ‘Z’ performance range, was finished in a paint scheme inspired from John Morton’s SCCA-winning BRE 240Z from the 1970s.

Based on the 370Z Sport variant, the new sportscar remains unchanged mechanically  and continues to employ the 3.7-litre, V6 petrol engine that produces 327hp and 366Nm of torque. The engine is paired to a close-ratio 6-speed manual gearbox as standard, but a 7-speed automatic, which boasts a target shift time of under 0.5 seconds can be added as an optional extra.

Coming to the exteriors, the car can be had in two retro-inspired liveries, one finished in white/red and the other finished in silver/black. The liveries feature a contrasting hood, wing mirrors, bootlid and roofline, along with two signature racing stripes on each door. The 370Z 50th Anniversary edition is equipped with a unique set of 19-inch lightweight aluminium wheels with red accents. While the Anniversary Edition does not get a rear spoiler, there's 50th anniversary badging on the front and rear bumpers.

On the inside, the 370Z special edition receives an Alcantara-wrapped steering wheel with a motorsport-inspired centre stripe, 50th Anniversary-embossed backrests and kick plates, along with suede door panel inserts. There is also dark chrome interior trim accents, four-way power seats, high-intensity xenon headlights and the Bose sound system from the standard car on offer.

Nissan does not offer the 370Z in India and it has not made any announcement regarding its plans to bring it to our market. It did however, launch the Nissan Kicks in India earlier this year at a price of Rs 9.55 lakh (ex-showroom Delhi).