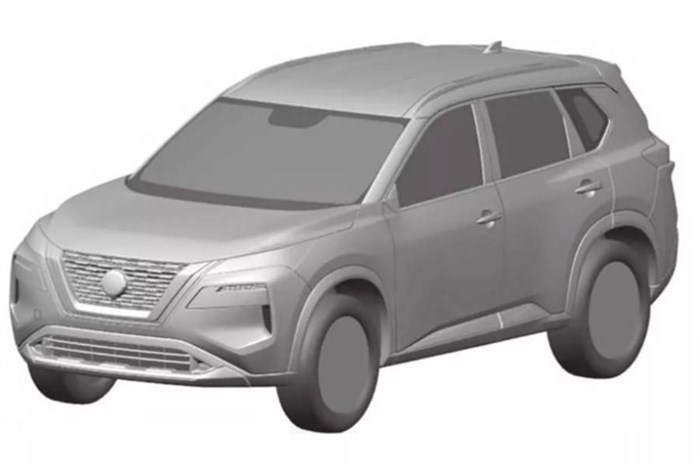 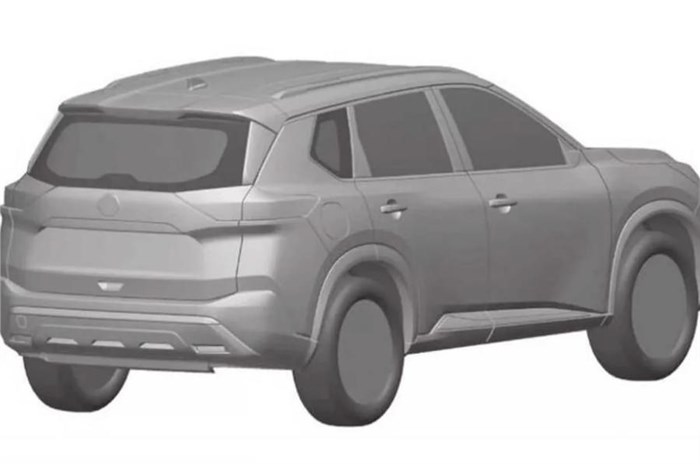 The next-generation Nissan X-Trail SUV, set to be revealed later this year, has been previewed in a patent filed by the manufacturer in Brazil. The images lack detail, but it's apparent that the Skoda Kodiaq rival will take heavy styling influence from the recently revealed new Juke, as Nissan seeks to implement a familiar look across its model range. The main changes are at the front, where Nissan has squared off the outgoing version’s rounded nose. It will also feature a more prominent grille and larger wheel arches.

Tweaks at the rear look to be much more subtle. There's a gently restyling of the current SUV’s boot lid, a reshaped spoiler and a new 'double bubble' roof design, but the overall silhouette looks remarkably similar.

Inside, the new SUV has more technology than the outgoing model. The instruments are digital for the first time. Other additions include an updated infotainment system, large touchscreen display with satnav features and a black and chrome set-in-place gearstick. The X-Trail is likely to keep both petrol and diesel powertrains internationally, as well as offering a hybrid variant.

While the current-gen (third-gen) X-Trail never made it to India, the carmaker did test it on Indian soil for some time. The second-gen SUV was sold here for a few years, before Nissan India took it off the shelves in 2014.

Nissan will soon introduce a BS6-compliant Kicks SUV with a petrol engine in India.