All-new Sunny will be based on the new Micra (K14); will feature Nissan’s latest styling language. 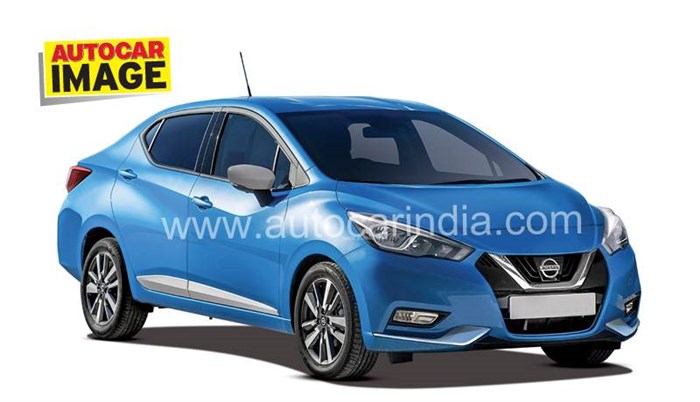 Nissan has begun road-testing the next-gen Sunny sedan that will take on the likes of the Hyundai Verna, Honda City and the Suzuki Ciaz, globally.

The next-gen Sunny’s styling will be loosely based on the Nissan Lannia sedan concept that was showcased a few years ago; a production-spec model is already on sale in China. While the new Sunny will take styling cues from the China-spec sedan, it will get a more conventional rear door and boot design to bring it more in line with the current-gen Nissan sedans sold abroad.

The model being tested abroad (see spy shots on our forum here) gets a sculpted look at the front, with a large V-motion grille that merges well with the front bumper. The headlights are sharply styled and blend with a chrome grille outline, like the one seen on the Nissan Kicks. Moving on to the side, the new Sunny features a large glasshouse with a larger rear door, just like the outgoing model. Expect the production-spec Sunny to feature a floating roof design as well.

The previous-gen Sunny was around 630mm longer than the Micra from the same generation and we can expect the next-gen model to feature a similar setup, with the new sedan being longer by around 680mm than the current-gen Micra. As far as the wheelbase goes, expect the new Sunny to come with a 2,700mm wheelbase, which will be around 175mm longer than that of the Micra.

Just like the new Micra, the next-gen Sunny will be based on the updated V platform that also underpins the large Nissan Note hatchback and the Kicks crossover sold abroad, not to be mistaken with the India-spec Kicks that shares underpinnings with other Renault-Nissan models.

On the inside, the new Sunny will share a lot of bits – like the seats, dashboard, steering wheel and switchgear – with the Nissan Kicks and Micra to help gain from economies of scale. Under the hood, expect Nissan to plonk in a 1.6-litre petrol that’s good for around 114hp, similar to the Kicks crossover.

The Nissan Sunny is a global model and is sold in many countries as the Almera or the Versa. Expect the new-gen car to make its global debut in a few months from now.