All-new fifth-gen Honda City sedan to get a new 1.5-litre petrol engine, as well as a hybrid powertrain. 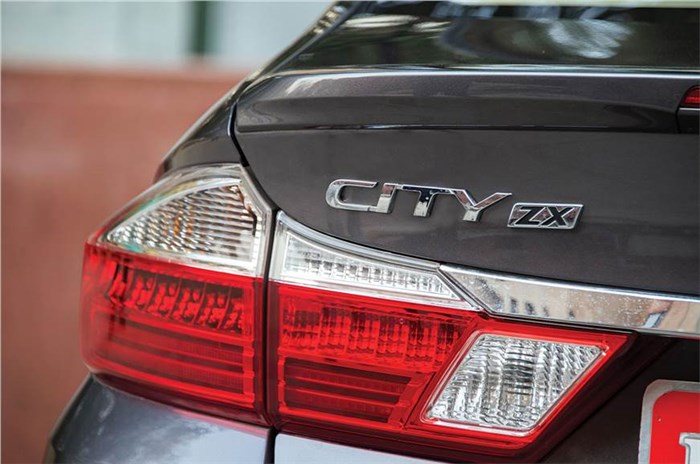 The fifth-gen Honda City is in the works. While the model is expected to go on sale in India only in 2020, reports suggest that the new City could be unveiled within 2019 – possibly in the latter part of the year. The City is the model that established Honda in India and continues to be a volume driver for the Japanese carmaker in our market. The current-gen City made its debut back in 2014, with a facelift in early 2017.

While the current City is already among the largest of the mid-sized sedans, reports suggest the next-gen model will be even bigger still. Cabin room will also see a corresponding increase and it is expected the biggest beneficiary will be rear seat legroom.

Apart from all-new exterior and interior designs, the new Honda City will get updated engines as well. The current City’s L15B engine will be updated with more power. It will additionally be offered in hybrid guise. We had reported of Honda’s plans for an affordable hybrid powertrain for India in October 2018. The hybrid in question will be a mild hybrid and hence won’t be prohibitively expensive like the Honda Accord Hybrid that is significantly pricier than its conventional engine rivals. The current-gen Honda City equipped with the 119hp, 1.5-litre petrol engine delivers 17.8kpl when mated to a 5-speed manual transmission. Adding a petrol-hybrid option on new City could bump up its fuel efficiency figure to quite an extent and could bring it close to Ciaz’s 1.5-ltre petrol’s segment-leading figure of 21.56kpl.

Additionally, the next-gen City will also get the new 1.0-litre, turbo-petrol engine that made its debut recently on the Civic hatchback sold overseas. This motor delivers 130hp and 200Nm of torque. However, sources tell us that this engine is unlikely for India. As far as diesels go, Honda is already in process of upgrading its 1.5-litre diesel engine for BS-VI compliance. The upgraded engine will be seen under the hood of the new City in India and will also, for the first time, come with a diesel-CVT combination.

Honda is also set to unveil the next-gen Jazz later this year, which is expected to share the same 1.5-litre petrol engine mated to a mild-hybrid powertrain.