The seventh-gen M5 will gain a rear-mounted electric motor that’ll work in tandem with a 4.4-litre twin-turbo V8 engine. 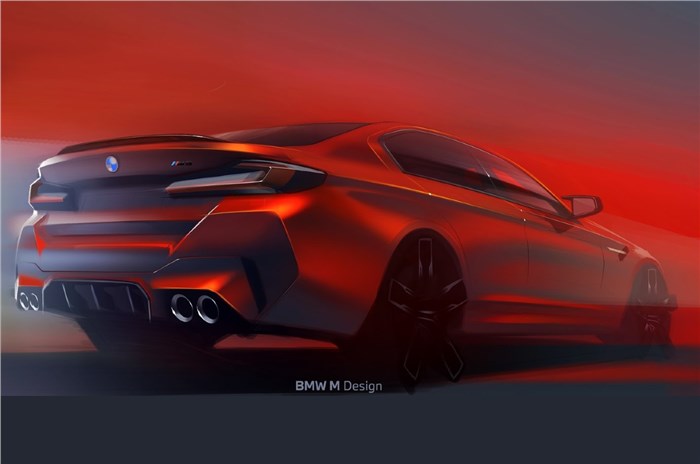 BMW’s M performance car division will give the seventh-generation M5 a new hybrid drivetrain that is set to boost its reserves to “over 700hp” and offer “limited electric drive compatibility”, a source close to the German carmaker has confirmed. The next-generation BMW M5 is expected to go on sale in international markets by 2024.

Next-gen BMW M5: what we know so far

The new M5 super sedan is among a series of M models that will switch from a conventional petrol engine to plug-in hybrid power, in a move that will provide it with a hike in power and performance.

Details remain scarce with the launch over two years away. But our sister publication Autocar UK has received information that suggests it will adopt a rear-mounted electric motor among a raft of major engineering changes.

The in-house-produced synchronous unit is claimed to operate in combination with a further-developed version of BMW's twin-turbocharged 4.4-litre V8 engine used by today’s sixth-generation model – codenamed the S63.

The adoption of the electric motor is set to increase the M5’s reserves by over 202hp and up to 298Nm to somewhere in the region of 800hp and over 1,000Nm of torque. The recently revealed Concept XM – which previews a production car due next year – packs 750hhp courtesy of a similar arrangement.

As with today’s BMW M5, drive will be channelled through an 8-speed torque-converter automatic gearbox with steering wheel-mounted shift paddles, while a fully variable xDrive four-wheel drive system will bring a distinctive rear-biased apportioning of power in the car’s more performance-focused driving modes.

Early installations of the drivetrain in prototype versions of the new M car are said to use a lithium-ion battery similar in capacity to the 12.0kWh unit found in the BMW 545e xDrive overseas. Mounted low beneath the rear seat, it operates at 354V and can be charged at up to 11kW.

Whether it will be used for production versions of the next M5 remains to be seen, although suggestions are that BMW M is developing its own performance battery with ultra-rapid discharge properties.

The decision to provide the M5 with hybrid power comes after rival Mercedes-AMG unveiled the GT63 E-Performance 4Matic+. The AMG uses a twin-turbocharged 4.0-litre V8 engine in combination with a rear-mounted electric motor, developing a combined total of 843hp and 1,400Nm.

Recent media reports suggested BMW M was planning to equip the next M5 with a pure-electric drivetrain. Although this has been ruled out, Autocar UK confirms that BMW M is planning its own version of the upcoming i5 EV saloon, which is likely to be called i5 M60.

BMW launched the all-electric iX SUV in December, priced at Rs 1.16 crore (ex-showroom). The Jaguar I-Pace and Audi e-tron rival is available in the base xDrive 40 variant which offers a claimed range of up to 425km.

Going forward, the German carmaker is looking to further bolster its EV range with the introduction of the all-electric i4 sedan in the coming months. BMW will also introduce the facelifted X3 SUV soon, with sister firm Mini set to launch the all-electric SE hatchback as well – bookings for the two are already open.

What are your thoughts on BMW’s decision to adopt hybrid power for the next M5? Mention them in the comments section below.