The 3.0-litre straight-six turbo-petrol engine will be upgraded before being used in next-generation M3 and M4 models. 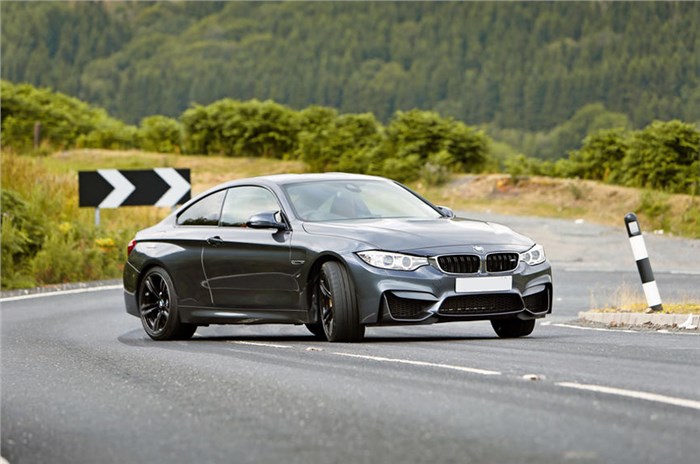 When the next-generation BMW M3 and M4 Coupe arrive in international markets in 2020, they will be powered by a significantly upgraded six-cylinder engine, which will be capable of producing more than 500hp in its top form. One of the models that will use this uprated motor will be the new M4 Gran Coupé, marking the first time the four-door coupe will feature a full-fat M variant. It will be joined by a two-door coupé and a cabriolet variant, along with the M3 sedan.

The 3.0-litre twin-turbo petrol motor, which carries the internal codename S58, is a development of the BMW’s standard B58 unit that is used in the 440i, among others. M division officials have revealed to our sister publication Autocar UK, “It is for all intents and purposes an all-new drivetrain with significant changes to the base engine that allow it to rev beyond 7,000rpm and deliver a much higher specific output,” compared to today’s S55 engine.

Along with the sixth-gen M3 sedan, the new M4 Coupe and M4 Gran Coupe, the new engine will also power new M4 Convertible and the X3M and X4M sport SUVs. The motor will also be found under the bonnet of the second-generation M2, albeit in a lower state of tune.

On the new engine, BMW’s M division engineers have managed to raise power by more than 11 percent in the standard M4 and 13 percent in the M4 Coupé Competition, with claimed outputs of 480hp and 510hp, respectively. Torque has also increased by about 50Nm, with the new S58 engine delivering 600Nm between 2,600rpm and 5.600rpm.

These figures will place the new model in direct competition with the 450hp Audi RS5 and 510hp Mercedes-Benz C 63S Coupe.

Despite the increase in performance, the S58 engine has been developed to meet strict new emission regulations, thanks in part to the adoption of twin Otto particulate filters.

Key among the changes over the S55 engine is the adoption of a longer stroke, at 90mm, while the bore measurement remains 84mm. However, BMW M claims the altered internal measurements help to boost torque potential.

Also included are two mono-scroll turbochargers in place of the single twin-scroll unit used on the B58 engine, as well as BMW M’s latest Valvetronic variable valve timing and ‘Double Vanos’ variable camshaft profile. The compression ratio has also been reduced, from 10.2:1 for the S55 to 9.3:1.

Although the new engine does without water injection, officials say it may appear on a further-developed version of the S58 unit likely to appear in a successor to today’s 460hp M4 CS.

Secrecy surrounds the rest of the M4’s mechanical makeup. However, insiders suggest it is in line to abandon tradition by adopting an 8-speed torque converter automatic transmission and a similar xDrive four-wheel drive system to the latest M5 (with an M-Dynamic mode apportioning power to the rear wheels) in at least one version.

It is also suggested a cheaper and lower-powered entry-level model could potentially be offered, with a manual gearbox and rear-wheel drive.