The Astor EX variants are only available with the 1.5-litre NA petrol engine paired with a manual gearbox. 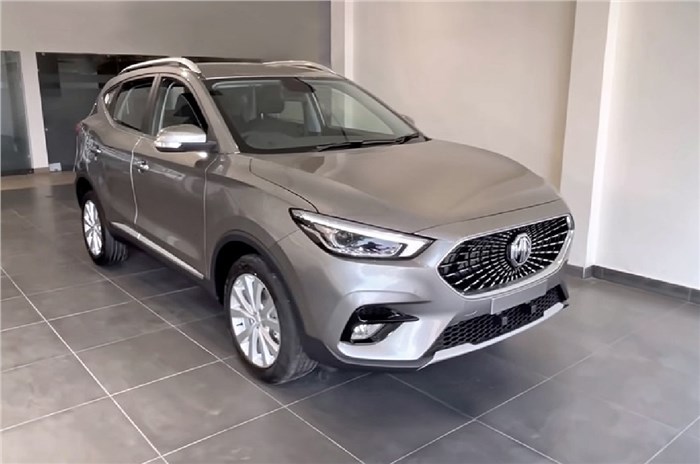 The MG Astor's trims have received new EX variants that miss out on certain active safety features like ESP, traction control and hill start, among others, and are priced Rs 6,000-12,000 lower than their non-EX counterparts. The new variants – Style EX, Super EX, Smart EX and Sharp EX – are only available with the 1.5-litre naturally aspirated petrol engine paired with the manual gearbox.

MG has deleted some active safety features on the EX variants, like ESP, traction control, hill start and hill descent control. The Sharp EX variant misses out on Blind Spot Detection, Lane Change Assist and Rear Cross Traffic Alert. Other safety features, like the number of airbags, remain identical to their respective non-EX variants. There is also no change to other equipment on the Astor.

Despite losing out on important safety features, it is interesting to note that the EX variants of Style, Super and Smart are only Rs 6,000 cheaper than their non-EX counterparts. The Sharp EX variant, on the other hand, is cheaper by Rs 12,000. Prices for the Astor now start at Rs 10.22 lakh (ex-showroom, India).

This move could likely be due to the ongoing semiconductor shortage. MG is not the only brand to have introduced lower variants to confront the chip crisis. Recently, Skoda had introduced new variants to the Kushaq and Slavia’s line-up by deleting a few features, thereby requiring less chips. The carmaker also swapped the larger 10-inch screen with a smaller 8.0-inch unit in the two models. Hyundai, too, just introduced a new Prestige Executive variant in the Alcazar with some feature deletions.