New McLaren GT to be revealed on May 15

The grand tourer will be more bespoke than the McLaren 570GT. 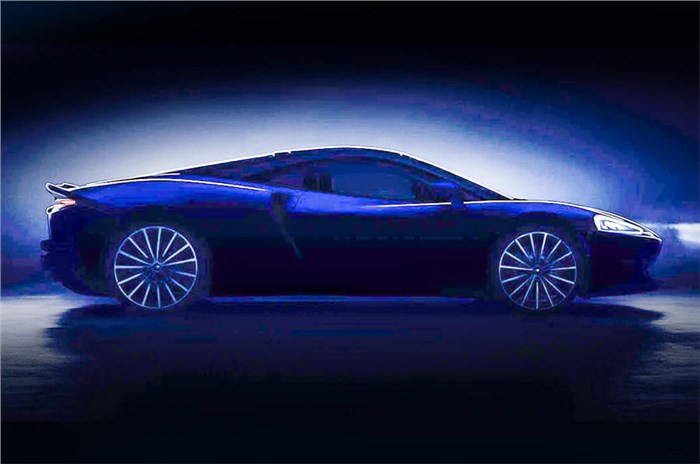 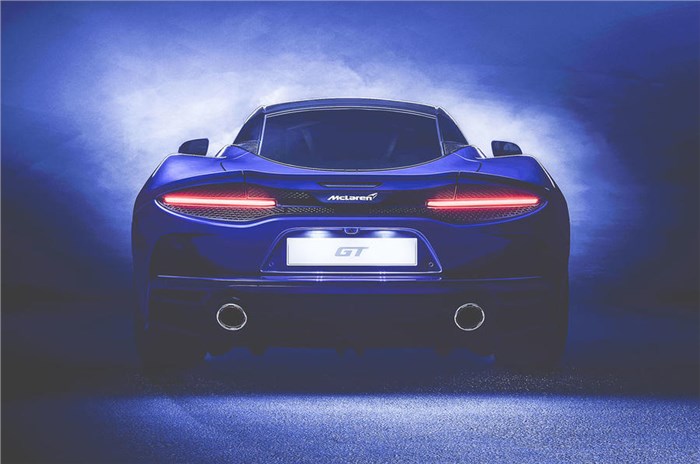 McLaren has announced that its "rule-breaking" new GT will be revealed on May 15 and has released two darkened shots of the car, following confirmation of the model at this year's Geneva motor show.

The images largely reveal the GT's styling from a side profile and from the rear.

The Woking-based carmaker said the McLaren GT "is poised to redefine the rules of the Grand Tourer segment by introducing renowned McLaren engineering and dynamic attributes alongside high-quality materials and exceptional comfort". It added that the grand tourer will "share DNA" with the Speedtail Hyper-GT.

The upcoming model, which will sit alongside McLaren's Sports and Super Series, was recently spotted in new spy shots, detailing a design the firm's boss claims is more bespoke than the 570GT. Unlike the 570GT that shared a strong resemblance in profile to the 570S, the new car has a unique body design.

The model is expected to be powered by McLaren’s 3.8-litre twin-turbocharged V8 engine, with more power than the 570hp 570GT. Speaking at the Geneva show, McLaren CEO, Mike Flewitt, said the car will be “more differentiated” than the 570GT was, with a “more dedicated focus on the characteristics you want in a GT”.

The first customer cars will arrive this autumn, with an expected price of around £145,000 (approximately Rs 1.31 crore), after the reveal next week. It’s the fourth car to reach production under the Woking brand’s Track25 business plan, out of a total of 18 new models due by 2025.

When the new model was announced at Geneva, Flewitt said that it could be the first of several more practical, but still performance-focused, cars produced by the firm.

Flewitt said: “It will be a car that combines competition levels of performance with continent-crossing capability, wrapped in a beautiful lightweight body. It’s a car that has been designed for distance and one that will also provide the comfort and space expected of a grand tourer. But it will also have a level of agility never experienced before in this segment. In addition, it will be the lightest of grand tourers and, by also having the best power-to-weight ratio, I promise it will be one of the quickest.”

Suggesting that the new grand tourer could be the first of several such models, Flewitt also confirmed that it would sit outside its established, three-tier line-up of Sports Series, Super Series and Ultimate Series families at the firm, instead saying that the car will be “a unique, tailored model.”

Although McLaren has trademarked the GTZ name recently, insiders have told our sister publication, Autocar UK, this is to future-proof potential names of products, rather than being specific to either the GT or a potential collaboration with Zagato.