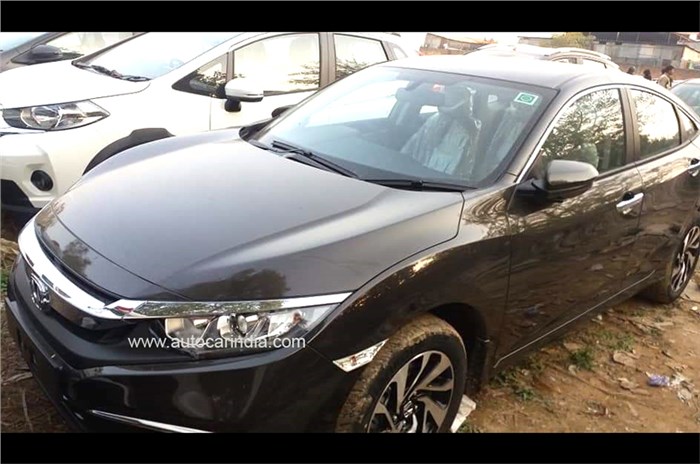 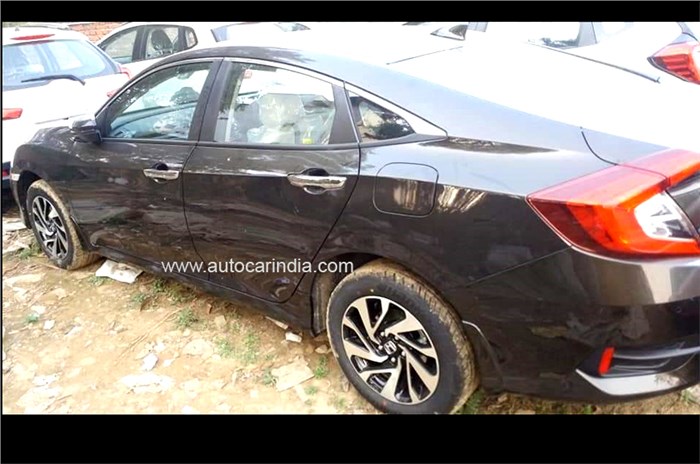 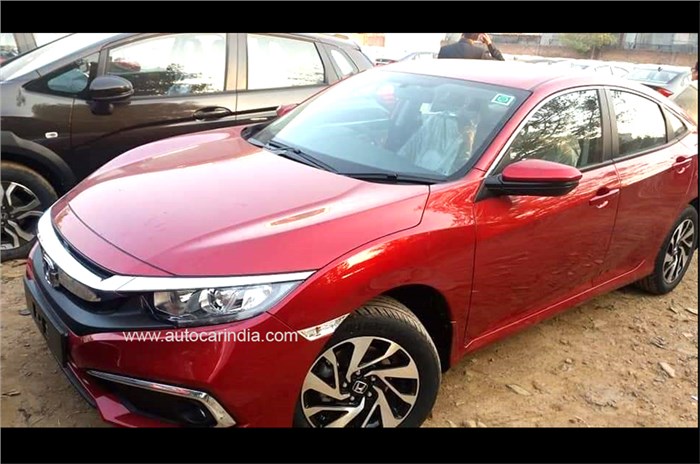 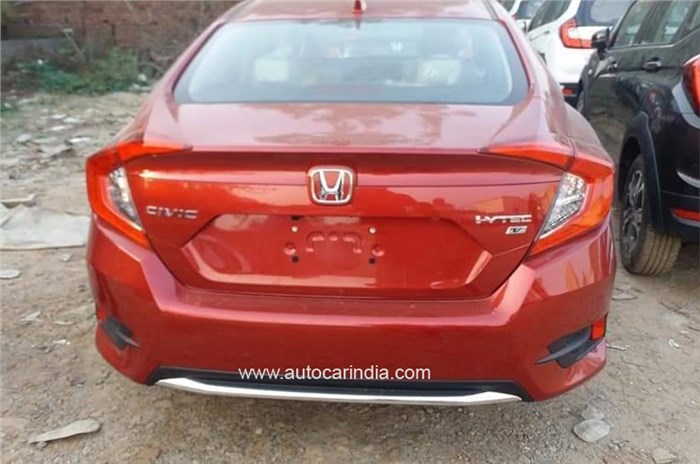 Ahead of its official launch on March 7, Honda dealers have started receiving stocks of the new Civic. Bookings for the sedan have been open, with the booking amount set at Rs 31,000.

Dealer sources have informed us that the new Civic in the Radiant Red Metallic and White Orchid Pearl paint shades have received the most enquiries from potential buyers. The third most popular colour is Golden Brown Metallic.

Powering the new Civic is a 1.8-litre petrol engine that produces 141hp and 174Nm of torque and returns an ARAI-rated 16.5kpl. The diesel motor is a 1.6-litre unit that makes 120hp and 300Nm of torque, while returning 26.8kpl (ARAI). While the petrol comes mated to a 7-step CVT gearbox only, the diesel is only available with a 6-speed manual transmission.

Equipment-wise, the new Civic is on par with its rivals. You get dual-zone climate control, an eight-way power adjustable driver’s seat, a 7.0-inch touchscreen infotainment system with Android Auto and Apple CarPlay compatibility, a sunroof, LED headlamps, automatic wipers and a smart key. In terms of safety, the Civic is equipped with six airbags, ABS with EBD, electronic parking brake, stability control, Agile Handling Assist and a segment-first lane-keeping assist. It is also worth noting that the new Civic has also been awarded a 5-star rating in ASEAN NCAP’s crash tests.

Honda is expected to price the new Civic between Rs 18-22 lakh (ex-showroom). The executive sedan will compete with the Toyota Corolla Altis, Hyundai Elantra and Skoda Octavia.