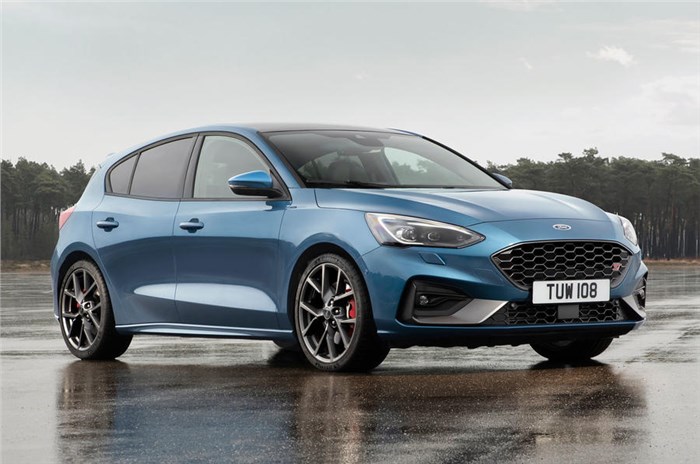 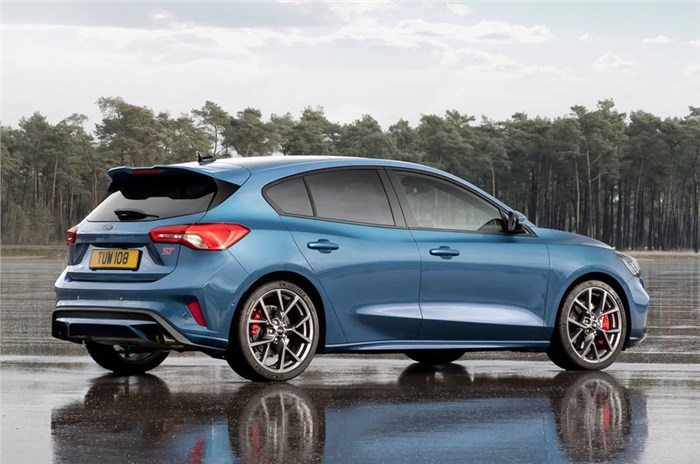 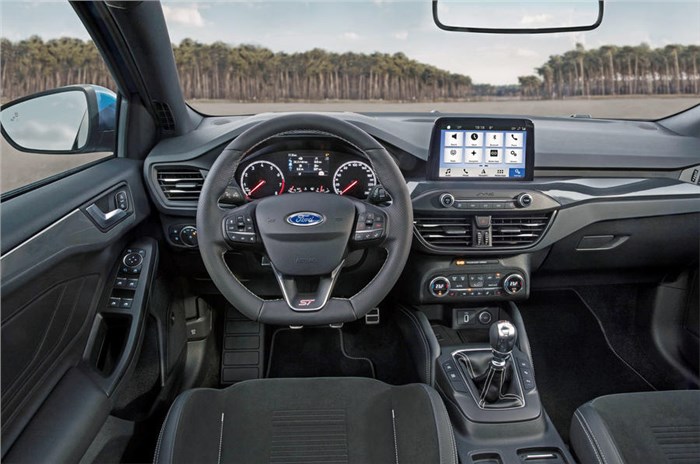 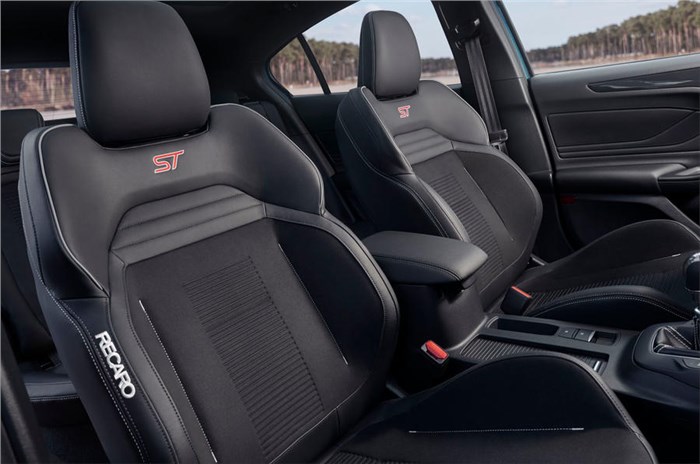 Updated hot-hatch gets the most powerful petrol and diesel engines seen in a Focus ST.

Ford has revealed the new Focus ST hot-hatch. Slated to go on sale in the UK later this year, the new car will be offered either as a five-door hatchback or as an estate and will have both petrol and diesel engine options. Ford claims to have fitted the new Focus with a host of new technology derived from halo models such as the Ford GT and the Mustang.

The engines on offer on the Focus ST are the 2.3-litre EcoBoost petrol engine that produces 280hp and 420Nm of torque as well as a 2.0-litre EcoBlue diesel motor that makes 190hp and 400Nm of torque. The petrol engine is the most powerful motor fitted to a Focus ST, while the diesel is the most powerful diesel to be fitted to the Focus range as a whole. The engines are mated to either a 6-speed manual transmission with a rev-matching function or a 7-speed automatic gearbox.

The car receives multiple drive modes as well. They comprise of Slippery/Wet, Normal and Sport, plus a Track mode for versions equipped with the Performance pack. The drive modes adjust various aspects of the car including the electronic steering. The five-door petrol variants offer continuously controlled damping (CCD), which monitors various driver inputs to adjust damping responses every two milliseconds. The car is also fitted with an electronic Limited Slip Differential (eLSD) intended to enhance cornering stability. The diesel Focus gets torque vectoring control technology as well.

Exterior changes include revised front and rear bumpers, new wheels, new grille, twin exit exhausts and a rear spoiler. The Performance pack adds red brake calipers. Coming to the Interior, the new Focus ST receives Recaro front seats, a sports steering wheel with the ST logo on it and the exhaust noise is amplified via the speakers in the race and track mode.