Titanium and Titanium+ variants of the Ford EcoSport now get a 4.2-inch multi-information display. 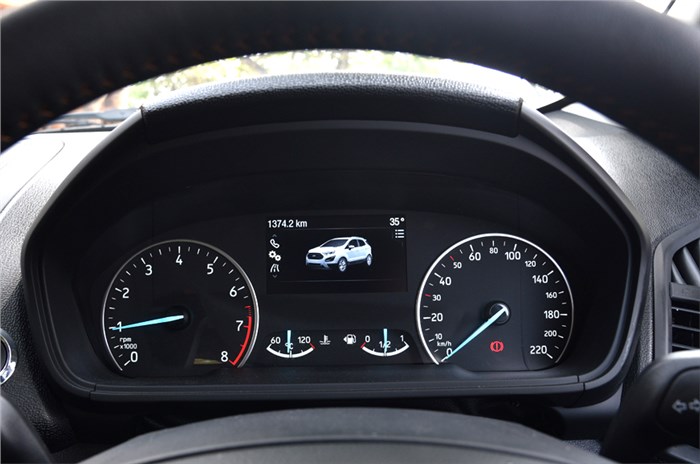 Titanium and Titanium+ variants of the Ford EcoSport now get a 4.2-inch multi-information display. (pictured) 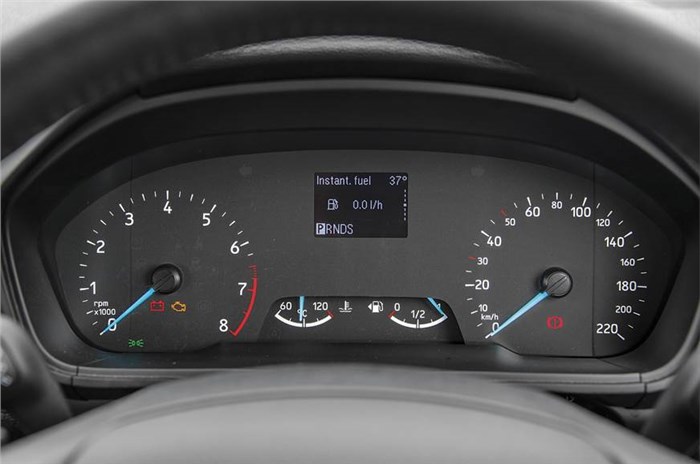 The older instrument cluster (pictured) will continue to be offered on the lower EcoSport variants.

The EcoSport’s new instrument cluster features a 4.2-inch multi-information display (MID) in the centre and gets a chrome-ringed speedometer and tachometer. The older instrument cluster will continue to be offered on the lower EcoSport variants. The old set-up features a smaller MID and comparatively plainer-looking dials.

Competition in the compact SUV segment has become truly fierce with the launch of the Mahindra XUV300. The XUV300 gets powerful petrol and diesel engines and boasts of several segment-first features. As a result, to keep the EcoSport fresh and competitive, Ford has injected something new into one of its sore points – the instrument cluster.

The Ford EcoSport is priced at Rs 7.82-11.89 lakh (ex-showroom, Delhi) and competes with the Tata Nexon, the Maruti Suzuki Vitara Brezza and the new Mahindra XUV300.