The Ford EcoSport line-up in India will soon see the addition of a new EcoSport SE variant. 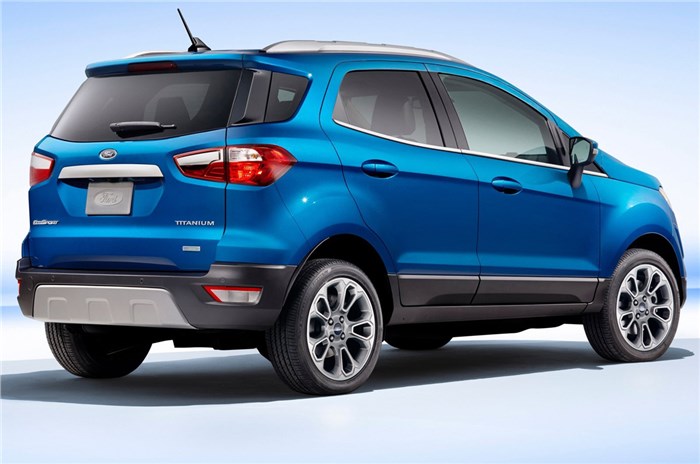 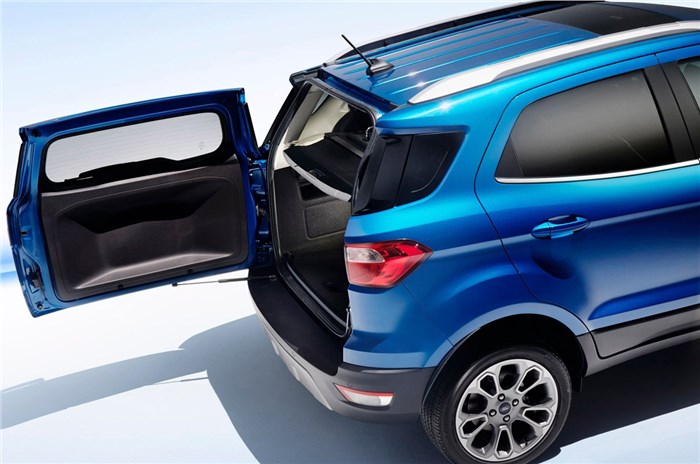 While Ford is known to rejig its variant line-up every now and then, the company is all set to introduce a very interesting trim in the form of the upcoming EcoSport SE in the Indian market. We tell you more about it.

The key talking point of the EcoSport SE is its rear tailgate design, which is similar to the version sold in international markets like Europe and North America, to name a few. This means, the model does not come with a tailgate-mounted spare wheel, like other variants sold in India. The export version of the EcoSport is also built in India, alongside the domestic model, but comes with a unique rear design where the number plate is positioned at the centre of the tailgate, which still remains a side-hinged unit like the regular version. The export version of the Ford EcoSport without the tailgate-mounted spare wheel was unveiled in Geneva back in 2015.

A few dealers we spoke to said that Ford has decided to add the new variant to the India line-up after gauging customer feedback about the styling of the export version of EcoSport. By adding the export version's tailgate design, the brand wants to increase the ageing SUV’s appeal in a very competitive compact SUV market.

While the deletion of a tailgate-mounted spare wheel does give the EcoSport a fresh look when viewed from the rear three-quarters, the different rear design also confirms that the EcoSport SE will not come with a spare wheel from factory.

While this might sound bizarre to a few, according to a Ministry of Road Transport and Highways (MoRTH) amendment from July last year, passenger vehicles falling under the M1 category, subject to certain conditions (like having a TPMS), are not required to be sold with a spare wheel. The M1 category refers to all passenger vehicles with a seating capacity of up to nine occupants, including the driver. The vehicles also must not weigh more than 3.5 tonnes.

This means, the Ford EcoSport SE will come with tubeless tyres, a tyre pressure monitoring system (TPMS) and a puncture repair kit, instead of a full-size tailgate-mounted spare wheel.

While not much is known about this new variant's positioning, we are told it will be the second-from-top variant, which means it will be positioned below the Titanium and the Sport trim in the Indian market.

The new 2021 Ford EcoSport SE will most likely be sold with both, petrol as well as diesel engine options, just like the standard version. This means a 1.5-litre, three-cylinder petrol or a 1.5-litre diesel engine will be available. The 1.0-litre EcoBoost turbo-petrol equipped variant was discontinued last year.