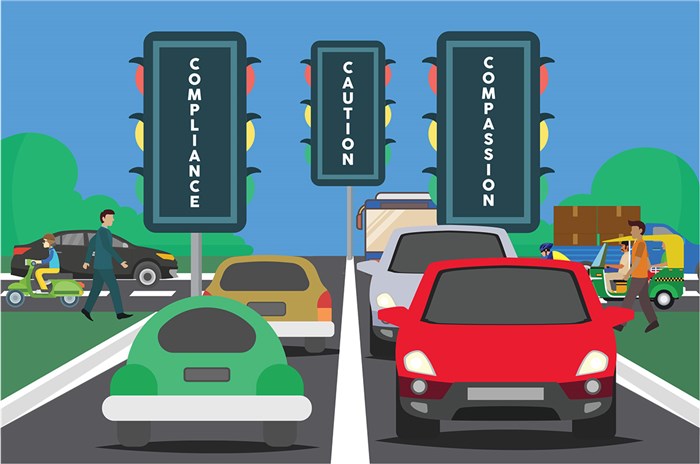 A well thought-out, well executed road safety survey goes beyond illuminating the obvious. Its findings, in fact, can feel a lot like we are holding a mirror to ourselves. Ford India’s Cartesy 2020 is a case in point. While the survey does reconfirm some apprehensions, it also unearths new insights that make us question our assumptions. Sometimes, these assumptions are about ourselves.

For example, a lot of us probably think of ourselves as sensible, sane, law-abiding drivers as opposed to, say, ‘that guy in a black sedan’ who abruptly cut into our lane this morning. But, as the Cartesy 2020 shows, it is not as black and white as we’d like to believe. There are several factors that come into play, from lack of education to a sense of entitlement. The psychographic profiles of drivers as discerned by the survey include four types: ‘Oblivious’, ‘Assured’, ‘Pretentious’, and ‘Idealist’. There is more to them than labels. 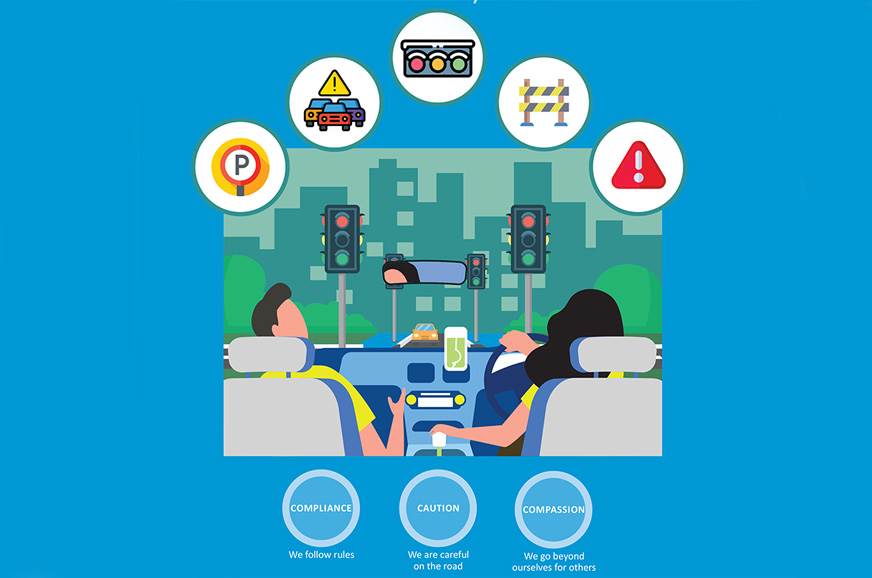 Cartesy 2020 is Ford India’s attempt to understand behaviour and attitudes among road users, which, it hopes, will contribute to safer and saner roads. Executed in partnership with Astrum, India’s premier science-based advisory with expertise in designing extensive public opinion surveys, Cartesy 2020 incorporated inputs from 1561 people over 4 months in Delhi, Mumbai, Bangalore, Kolkata, Chennai, and Hyderabad, with each city being divided into 5 zones. Respondents were passenger car drivers/owners and valid licence holders aged between 22 and 50 years and spanned people who were single to those married with children. 78% of respondents were male.

Cartesy, which aligns with the World Health Organisation’s five pillar approach by going granular on examining behavioural and attitudinal aspects, assesses behaviour through a proprietary framework of ‘Compliance, Caution, and Compassion’.

Launched in 2017, Cartesy has always stressed on being courteous to fellow road users behind the wheel. Over the years, it has attracted attention for unique initiatives under its umbrella. In 2019, on Children’s Day, Ford India launched Discover More with Ford, a vibrant, fun comic book that spread the message of road safety among children. The comic book, created by comic book artist and animator Priya Kurian along with storyteller and edtech entrepreneur Rohini Vij, starred the Ford EcoSport as the narrator and told the story of little Dia, who never fails to follow traffic rules. 2018 saw the company team up with Airtel to promote safe driving behavior.

In 2019 Ford India reached out to children with a unique comic book project on road safety.

Among the insights that emerged from the 2020 survey, in which respondents were gauged through a simulation of RTO licence tests, was that respondents appeared to evaluate road rules and their need to comply with it based on risk perception: Not seen as threat to life or vehicle; chances of being caught; and impact of behaviour on one’s projected image. The range of attitudes the survey discerned ranged from ‘self-centered’ (‘my own safety’, my ‘image’, ‘my comfort’) to ‘self-aware’ (‘my character’, my civic sense’, ‘my responsibility’). Among the justifications for non-compliance also included because “everyone else is breaking the rules’. The study’s findings correspond overall with the 2019 Road Accident report published by Ministry of Road Transport and Highways. Government data recorded 1,463 road fatalities in Delhi, the highest of any city in the country. Kolkata saw lowest casualties (267) of the six metros. But Chennai, despite exhibiting better road awareness on the Cartesy index, also recorded the country’s third highest road accident deaths.

How should Ford India’s Cartesy survey 2.0 be interpreted? According to the report, while stricter law and enforcement and frequent monitoring will help, what India needs is comprehensive road safety education across socio-economic clusters. And better urban planning and more investment in smarter, safer roads infrastructure that will lead to a reduction in roadside hazards. Let’s dive deeper into the findings in the following pages.

WHAT TYPE OF COMMUTER ARE YOU?

This is the kind that does not set an example, or sets bad ones. The Cartesy survey found that this segment of drivers and commuters displayed the weakest demonstration of ideal behaviour on the road. They were characterized as possessive, impulsive, and preoccupied with work or family commitments, and lacking knowledge on road rules and safety guidelines.

Looks can be deceptive, and that comes through with this segment of drivers and commuters. They might appear easy-going, but that is only until they are challenged. They display aggression and competitiveness as well as a heightened sense of entitlement. This is accompanied by claims of knowing their way around rules.

They might be more aware of road rules and make themselves heard when it comes to demonstrating ideal behaviour. At the same time, they do deviate from ideal behaviour and are ready with justifications that explain their behaviour. Often blame the system, society and poor infrastructure.

Our roads would be a different place if each one of us were like the respondents in this segment. They are not just law-abiding and self-aware, but they also do not break the rules unless there is an emergency or a “compulsion beyond control”.

The percentage of respondents at an all-India level who scored above 50% when they were assessed on their knowledge and awareness about road and safety in simulations of RTO licence tests. Respondents appeared to evaluate road rules and their need to comply with them based on risk perceptions that included 1. Not seen as threat to life or vehicle; 2. Chances of being caught. 3. Impact of behaviour on one’s projected image.

The Cartesy survey also encountered a range of attitudes that influences citizens’ behaviour on the road. These ranged from ‘self-centered’ to ‘self-aware’.

‘Everyone else is breaking rules’

The responses from non-compliance to rules ranged from ‘emergency or urgency’ to reach their destination; ‘poor infrastructure’ such as avoiding bad patches of road or road signs not being visible; ‘temptations’ such as unmanned signals; and the fact that other road users to don’t follow rules.

While ‘ethics’, ‘empathy’, ‘social responsibility’, and humanity, among others, came up when discussing compassion on the road, the common reasons that kept people from helping fellow road users in need included ‘fear of a police case’; ‘concerns of one’s own safety’; ‘too many hassles or formalities’; and ‘fear of being robbed’.

The topic of being cautious on the road provoked many responses, including the inability to do so because of distractions such as playing loud music or talking on the phone while driving. Careless, non-cautious behaviour was termed as mere ‘overconfidence’ about being in control even under the influence of alcohol, or driving at high speed and overtaking from any side.

97% of respondents feel that distracted driving (under the influence, use of mobile phone) is the top cause of accidents. ‘Aggressive driving’ takes second place.

58% of the respondents admitted to talking on the phone while driving.

53% of the respondents admitted they do not make way for emergency vehicles.

57% are not beyond throwing eatables, wrappers, and peels on the road

63% of the respondents will allow kids to sit in the front row of the car.

58% will drive even when they are feeling sleepy. 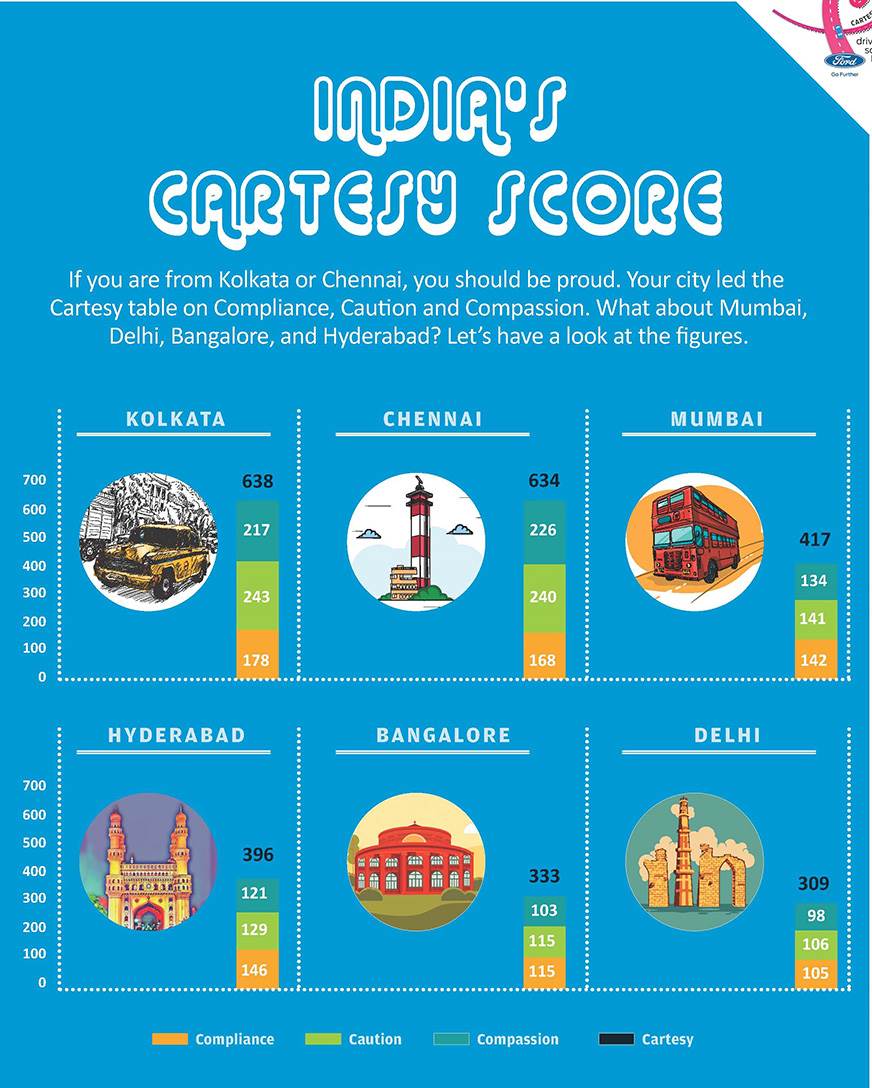