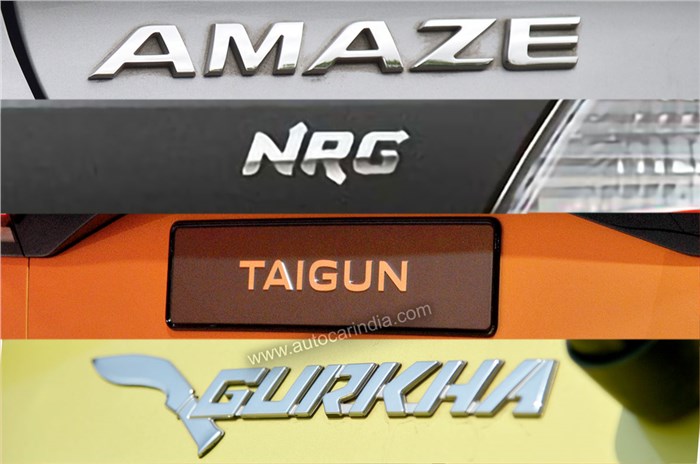 From the Tiago NRG, to the F-Pace SVR performance SUV, we take a look at the new or updated models expected in the next two months.

As restriction were lifted, June saw a number of carmakers roll out new models. July, however, was a more subdued month in terms of the number of cars launched. We now turn our attention to the months of August and September. Here is a look at what you can expect.

The Tata Tiago NRG – the crossover inspired derivative of the model – will be making a comeback on the facelifted car. Set to be based on the fully-loaded Tiago XZ+, the NRG will be launched on August 4. As with the previous NRG, expect some SUV-inspired design cues such as wheel arch and side body cladding, along with revised bumpers replete with faux skid plates and cladding. The NRG will be powered by the familiar 1.2-litre naturally aspirated petrol engine from the regular Tiago and will be available with both manual and AMT gearbox options.

The second-gen Amaze has now been on sale in India since 2018 and has been one of Honda’s stronger selling models. Now, the carmaker is expected to roll out a facelift for its compact sedan, with a launch expected by mid-August. Expect the updated Amaze to receive some cosmetic updates, along with a revised equipment list. Expect the existing pair of 1.2-litre petrol and 1.5-litre diesel engines to be carried forward.

The new Force Gurkha was originally revealed back in 2020 at the Auto Expo, though the model’s launch has been significantly delayed as the country was hit by the pandemic. While the new Gurkha looks similar to the previous model, it is all-new and sits on an upgraded ladder frame chassis. The cabin too has received upgrades to make it feel more upmarket than its utilitarian predecessor. As before, buyers can expect 4x4 and 4x2 versions of the SUV, with the former getting locking differentials and low range. Power will come from a familiar 2.6-litre diesel engine good for 90hp and 260Nm, paired with a 5-speed manual gearbox.

Jaguar opened bookings for the facelifted F-Pace SVR back in June, though the carmaker has yet to announce prices for its performance SUV. Powered by a 550hp, 5.0-litre supercharged V8, the SVR is the most powerful iteration of the F-Pace that will be made available in India. Like the standard F-Pace, the SVR too gets cosmetic updates like the slimmer headlamps, larger grille and revised tail-lamps, along with a heavily revised cabin and updated Pivi Pro infotainment system. That aside, the SVR gets notably sportier SVR-specific design bits, inside and out. Jaguar also says the SUV’s suspension and brakes have been tweaked for improved dynamics and feel.

The first Volkswagen badged model under the India 2.0 programme, the Taigun is the sister model to the Skoda Kushaq and marks VW’s entry into the competitive midsize SUV space. While the two SUVs share cosmetic bits like the doors, roof and glasshouse, the Taigun gets a notably different front and rear end, in line with VW’s design direction. The cabin too gets some similarities, with VW tweaking some elements to help its SUV standout from the Kushaq. Under the hood, the Taigun will share its engine options with the Kushaq, with a pair of turbo-petrol engines set to be offered.

The Swift and Dzire have long been two of Maruti’s bestselling models. The upgrade to BS6 with the faceliftssaw the cars reduced to petrol-only offerings – last year for the Dzire and earlier this year for the Swift – while also introducing a new, more powerful 90hp 1.2-litre petrol engine.

Maruti is expected to roll out CNG variants of its two popular compact cars in the coming months, to further expand on its fledging CNG model range. The factory-fitted CNG kit will be paired with the existing petrol engine, though one could expect a minor drop in performance numbers on the alternative fuel.

Aside from the NRG, Tata is also expected to roll out CNG variants of its Tiago hatchback and Tigor compact sedan. The hatchback and compact sedan siblings were updated to meet BS6 norms early last year, with the roll out of the facelifted models. Currently being petrol-only models, both cars share the same 86hp 1.2-litre naturally aspirated three-cylinder engine. The introduction of the CNG option should give Tata’s compact cars wider appeal, considering the soaring petrol and diesel prices across the country.