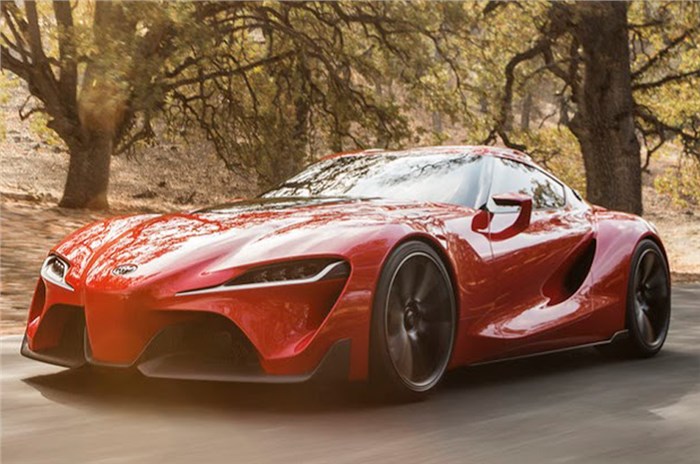 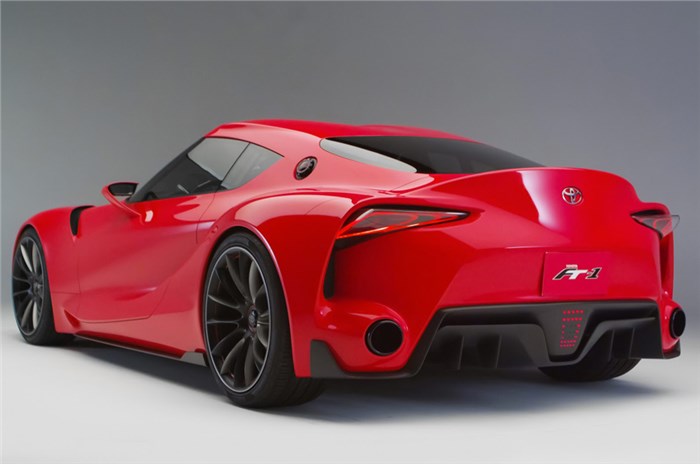 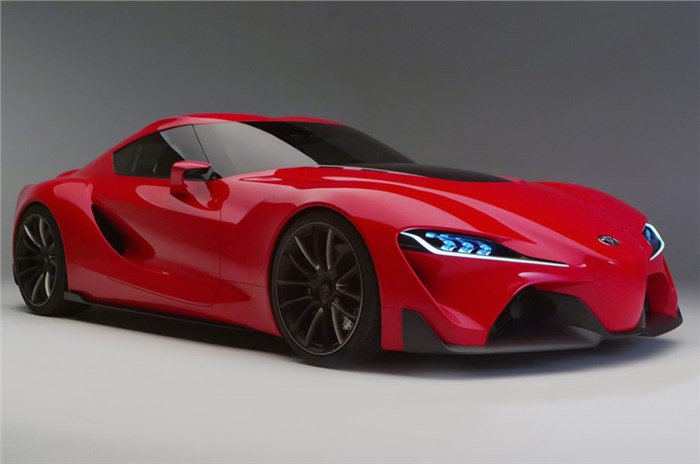 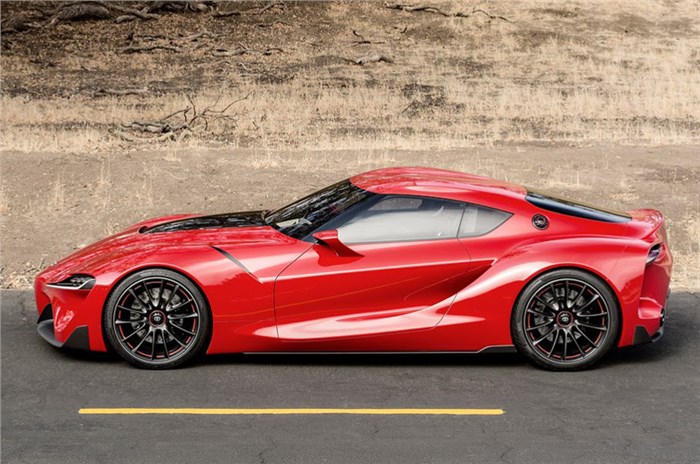 Japanese carmaker’s future flagship shares underpinnings and gearbox with the upcoming BMW Z4; will only be available as a coupé.

The latest sighting of the new Toyota Supra, set for a 2018 launch, showed its production-spec lights and bumpers for the first time. Earlier sightings showed the two-seater sports coupé running with an automatic gearbox and BMW electronics – which comes as no surprise given the technical links between the Z4 and Supra.

Photographed testing at the Nürburgring, the Supra featured BMW switchgear, including a dashboard-mounted infotainment screen and accompanying rotary dial controller on the central tunnel, as well as BMW heating control buttons and a BMW automatic gearlever.

The Supra is expected to share its automatic gearbox with the Z4, albeit with different ratios, while also incorporating the same hybrid four-wheel-drive set-up, comprised of a BMW petrol engine mated to electric motors with energy stored in supercapacitors. These will have technical links to those in Toyota’s TS030 Hybrid Le Mans race car.

Toyota has refrained from revealing any details about the new Supra, telling our sister publication, Autocar UK, "We don't comment on future products". However, sources claim that the car's use of a hybrid set-up means it will likely be offered exclusively with an automatic gearbox.

The Supra is built on the same platform as the upcoming Z4, which will use BMW’s carbon-fibre architecture from its current i3, i8 and 7-series. However, unlike the convertible Z4, the Supra will only be available as a coupé.

Design influence for the model comes from the FT-1 concept of the 2014 Detroit motor show.

Predicted to arrive in 2018, shortly after the Z4, the new Supra will be the first car to bear the legendary name since production of the fourth-generation model finished in 2002.

It will sit above the GT86 in Toyota’s line-up, making it the Japanese brand’s flagship. It will also be considerably more expensive than the GT86 due to the Supra's advanced powertrain and construction.

Toyota first demonstrated the performance potential of a hybrid model back in 2013 with the Yaris Hybrid-R concept car, which used a 420hp set-up comprising a 1.6-litre four-cylinder petrol engine and an electric motor on each rear wheel.