A3 Sportback to be joined by hatchback and sedan siblings later in the year; all-new A3 Allroad expected next year. 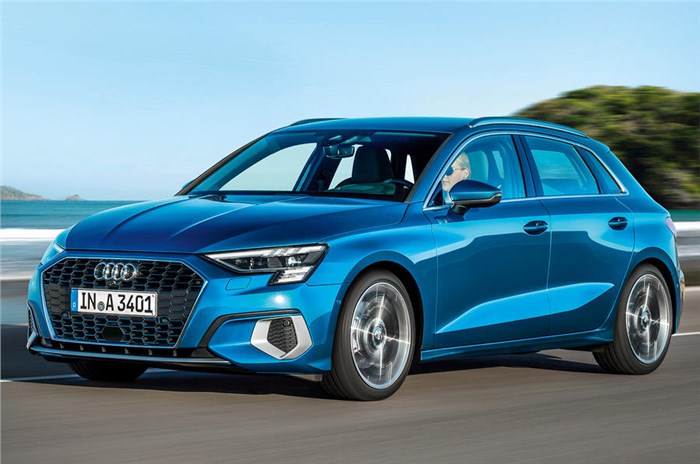 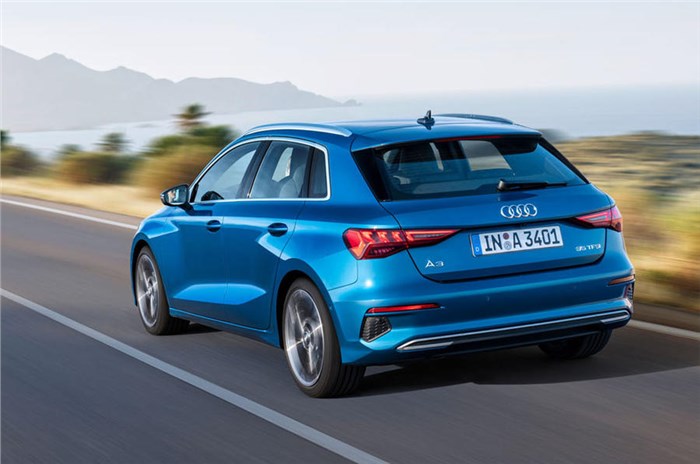 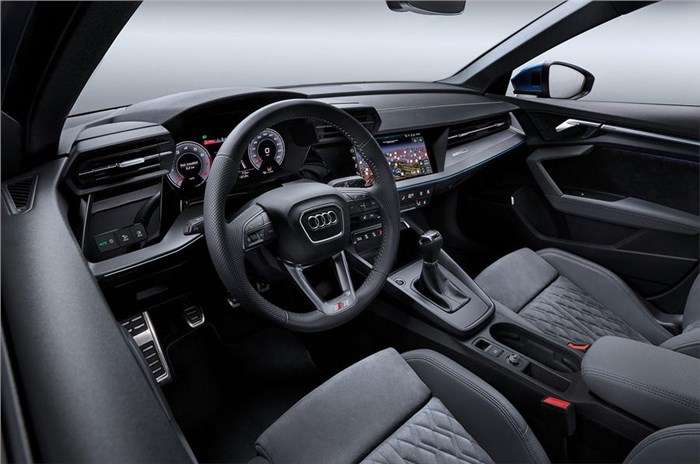 Audi has revealed the fourth-generation A3 Sportback, with a dramatic overhaul inside and a mild-hybrid powertrain for the first time.

The tried-and-tested styling of Audi’s bestselling model in Europe remains, although the company has tried to make it look sportier to address the absence of a three-door model, which was culled during the previous generation.

Audi’s new A3 has a nearly identical footprint to its predecessor, at 4.34m long and 1.43m high, but is 3cm wider, at 1.82m, giving more elbow and shoulder room for passengers.

The model receives digital daytime-running lights for the first time, made up of 15 LEDs, in a three by five arrangement. These allow each trim derivative to have an individual light signature to set them apart.

The engine line-up at launch consists of a 150hp, 1.5-litre, four-cylinder turbocharged petrol unit (TFSI) and a 2.0-litre diesel (TDI) with 116hp or 150hp. This will be followed by a 109hp 1.0-litre, three-cylinder TFSI unit and a 48V mild-hybrid version of the 1.5 TFSI engine. This will mark the first time the A3 has been offered as a mild-hybrid, although a petrol-electric plug-in hybrid (PHEV) entered production in 2014. Two PHEV variants of the new model will go on sale at a later date.

Following the first wave of engines, further TDI and TFSI options will arrive, including some with Audi’s quattro four-wheel-drive system.

The flagship S3 and RS3 performance models will be launched later this year. The former will deliver 310hp from Volkswagen’s 2.0-litre four-cylinder turbo engine, while the latter will continue with its trademark five-cylinder unit, as found in the new Audi RS Q3.

For those familiar with the A3, the interior is most noticeably changed. The car gets Audi’s 10.25-inch Virtual Cockpit digital instrument cluster, along with a new 10.1-inch infotainment display. The climate control unit is also new and replaces the rotary dials and buttons from its predecessor.

Audi promises that the new A3 offers better comfort and dynamic properties than its predecessor in all of its forms, but particularly when aided by optional adaptive damper control, progressive steering and four driving modes.

Its MQB II architecture, which it shares with the new, eighth-generation Volkswagen Golf, is claimed to be lighter, yet also more rigid than the platform it replaces.

The Sportback will be followed by a five-door hatchback and four-door sedan (also due later this year), though there will be no A3 Cabriolet, with Audi having dropped the three-door body style. Audi, however, plans to introduce a high-riding A3 Allroad model in its absence, with crossover-like styling and a chassis tuned around all-season tyres. This is set to challenge the new Mercedes-Benz GLA from the end of 2021.

Our sister publication Autocar UK understands that there are also plans for a Mercedes-Benz CLA-rivalling five-door liftback, which is expected to arrive next year.

The A3 in India sits as the entry point to the Audi range and can be had in either sedan or Cabriolet body style, with a petrol or diesel engine option (sedan only). It however remains to be seen when and which body styles of the new A3 will arrive in India. In 2020, Audi has already seen the launch of two new models in the form of its flagships, the new A8 limousine and the Q8 SUV.