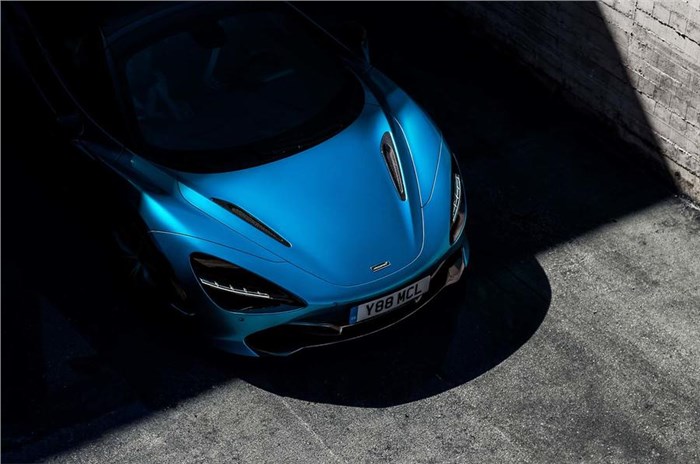 The drop-top 720S Spider will be unveiled on December 8; to be equipped with a folding hard-top roof.

McLaren has released a preview image of 720S Spider, prior to its official unveil on December 8, 2018. The new 720S Spider will be one of only two convertible models in McLaren’s current line-up alongside the 570S Spider. The new drop-top will be revealed hot on the tail of the McLaren Speedtail, making it the second model in McLaren’s £1.2 billionTrack25 business plan.

From the teaser provided by McLaren, it appears that the 720S Spider will stick to the same design as the standard car and also continue the tradition of hard-top convertibles by not switching to a fabric-top. The roof mechanism is likely to marginally increase weight, which will in turn reduce performance slightly. It remains to be seen how the removal of a rigid roof will impact the 720S’ ‘Monocage II’ carbonfibre chassis.

The regular 720S is powered by a twin-turbo V8 engine, which produces 710hp of power and 770Nm of torque. The car can get from 0-100kph in 2.5 seconds, which means even the marginally heavier convertible version should be able to do it in less than three seconds. It is also speculated that the added weight and changed aerodynamics of the 720S Spider may reduce the car’s top speed figure (standard car claims 341kph). More details will be available closer to the reveal.