Maserati Grecale SUV to debut in 2021

All-electric derivative of Grecale SUV to follow in 2022 and be marketed under an EV-specific brand, Folgore; all upcoming new Maserati cars to get EV derivatives 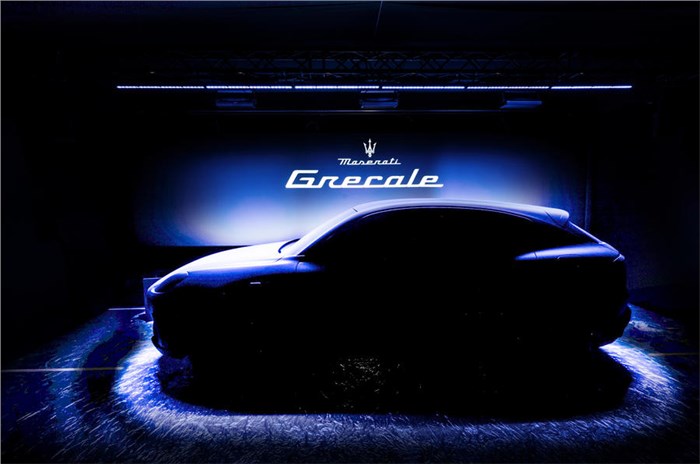 The Maserati Grecale name has been confirmed for the Italian carmaker’s sub-Levante SUV that is due to arrive next year. The new SUV is part of the band’s ambitious revival plans that will see it introduce 13 new models by 2024 which includes the just unveiled supercar, the MC20.

What do we know about the Maserati Grecale?

The brand's important second SUV, following the larger Levante, the Grecale is named after the "fierce north-east wind of the Mediterranean Sea". Destined to play "a key role in the brand's development", the Porsche Macan rival will be built on the same production line as the Alfa Romeo Stelvio in the Fiat Chrysler Automobiles (FCA) plant in Cassino, Italy.

The new SUV was first confirmed back in 2018 by former FCA boss Sergio Marchionne, as part of a total overhaul of its product line-up.

It will also share much of its underpinnings with the Stelvio, and a fully electric version is also due to arrive by 2022. However, the combustion engine models will use Maserati rather than Alfa-sourced engines.

Maserati global planning boss, Francesco Tonon, told our sister publication AutocarUK, that the Grecale will be "the most practical in its class, but it will also be luxurious". Further adding he said,  "It will feature the best in class design and features. Of course it's still a Maserati, but it will also offer best-in-class performance and handling".

Maserati is eyeing for 70 percent of its sales to account from SUVs by 2025 with sedans and sports cars amounting for the remainder.

Come 2022, Maserati will begin the roll-out of its electric vehicle range which will comprise of the EV derivates of its entire new model line-up. The fully electric models will all be branded Folgore, meaning thunderbolt in Italian and feature a three-motor set-up, with one motor on the front axle and two on the rear. That will enable all-wheel-drive and torque vectoring, with power able to be adjusted to each axle depending on traction.

The EV system will use 800V technology enabling charging rates of up to 300kW, with silicon carbide inverters. Used in Formula 1 and Formula E powertrains, Maserati claims it will allow for more efficient running and longer range.

As mentioned above, Maserati’s new car blitz begins with the MC20 which goes on sale in international markets in 2021. In the same year, it will be joined by the all-new Grecale SUV along with the new generation of the GranCabrio and GranTurismo with the all-electric versions of all four models expected to arrive in 2022.

By 2023, an all-new Quattroporte will arrive with combustion and full electric variants. It will be followed by the next-generation Levante SUV, again with both combustion and EV powertrains.

Maserati also plans to expand its customisation options through a new Fuoriserie programme, which will see a new "car tailoring" shop created at its Modena headquarters. Customers will be able to hand-craft their cars from a choice of three basic collections, across the entire model range.

Will the Maserati Grecale come to India?

Given the Indian buyer’s preference for SUVs, Maserati could bring its smaller SUV to the Indian market in a bid to access new segments. The carmaker is also expected to launch its recently revealed MC20 in India. While it has also begun accepting bookings for three new variants of its current line-up, the Ghibli, Quattroporte and LevanteTrofeo.