The Italian marque is looking to increase the number of its dealers in India and will use the launch of its new products to facilitate this expansion. 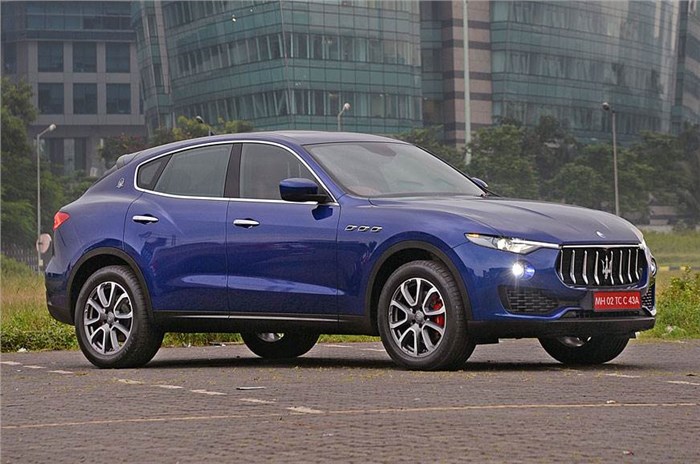 Maserati has had a very quiet innings and a small presence in India, going even by sports car manufacturer standards. Rivals like Porsche lead the way with six dealers, while fellow Italian Lamborghini has three; even Ferrari who operates in India via a distributorship model has two dealers – one in Delhi and the other in Mumbai. Maserati, by contrast, has a corporate presence in India but just two dealers, one in Mumbai and the other in Bengaluru.

It’s easy to understand why though. The Maserati line-up is an ageing one. Cars like the GranTurismo have been around for over a decade while others like the Ghibli and Quattroporte have served for seven years now, the youngest in the fleet is the Levante at four years old. Thus sales aren’t exactly swift and dealer interest is muted.

This is all set to change now, as Maserati intends to use its global revival plan to also increase its business operations in India. Responding to a question by Autocar India at a virtual press conference Luca Delfino - Head of Asia Pacific, Maserati S.p.A. said, “We know that the network in India has room for improvement in terms of presence in the main cities and I can confirm that our idea is to use the expansion of the product range to complete the footprint in India and be present in more strategic locations”.

The ambitious global revival plan kicks off with the newly unveiled Ghibli Hybrid. This will be followed by a new super sports car – the MC20 – and a new SUV that will sit below the Levante. The MC20 will have a right-hand drive version and will likely see an India launch. Alluding to this Valentina Boarini, sedans project manager Maserati S.p.A. said “We will have a bigger range, and we will also have a sports car and this is a good opportunity to grow the network in India”. Thus with the updated range and new models, including a sports car and a smaller SUV, Maserati India operations may finally get a much needed shot in the arm.

Maserati has revealed the first electrified model in its history, the Ghibli Hybrid. The Hybrid replaces the V6 diesel in the Maserati Ghibli line-up. 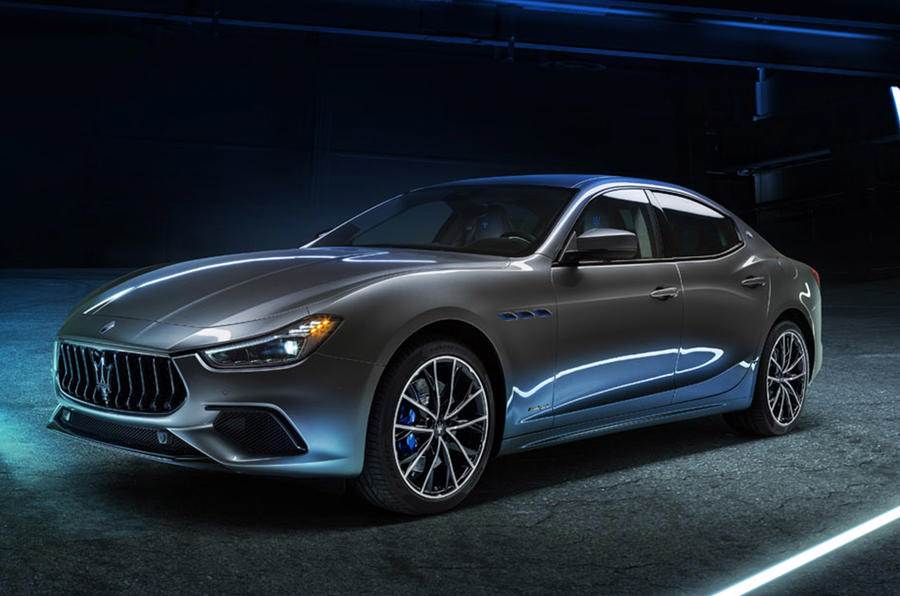 The Hybrid’s powertrain mixes a turbocharged 2.0-litre four-cylinder petrol engine with a 48V mild-hybrid system for a combined output of 330hp and 450Nm of torque. The 48V system comprises of a belt-driven starter/generator that recovers energy under braking and deceleration to charge a battery in the boot. This, in turn, powers an eBooster that fills in the torque gaps before the turbo spools. This new drivetrain allows the Ghibli Hybrid to cover 0-100kph in 5.7sec and reach a top speed of 255kph. Drive is sent to the rear wheels via an 8-speed ZF automatic transmission.

The styling has been subtly tweaked to mark the Ghibli Hybrid out from its non-electrified stablemates, including a new front grille design, blue trim detailing and an exclusive Grigio Evoluzione grey colour. Maserati has also tweaked the exhaust to ensure it makes the “unmistakable sound” of a Maserati engine without being artificially enhanced. 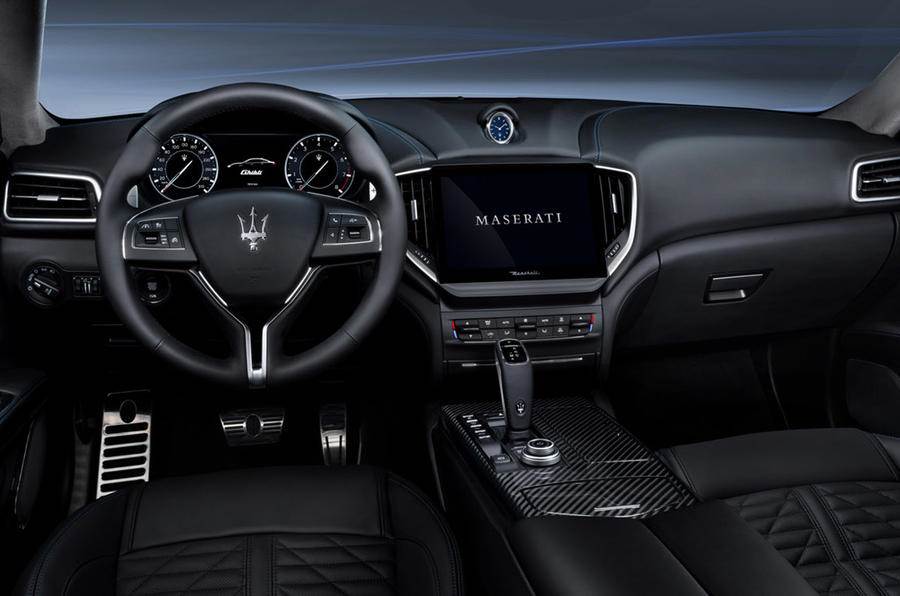 The Ghibli Hybrid is offered with the firm’s latest MIA (Maserati Intelligent Assistant) infotainment. It runs the new Android Automotive system, which, Maserati claims, is faster than its previous infotainment system. It is operated through a higher-resolution 10.1-inch touchscreen with voice control for certain functions.

There are two trims on offer with the Ghibli Hybrid, the sportier GranSport and the more luxurious GranLusso. 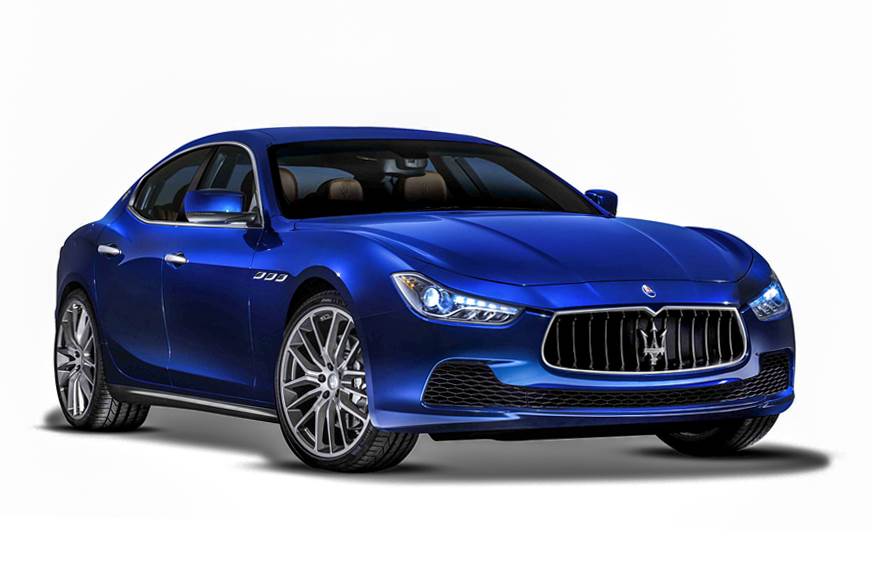