The carmaker's production capacity has been cut down across all its factories in India due to decline in demand. 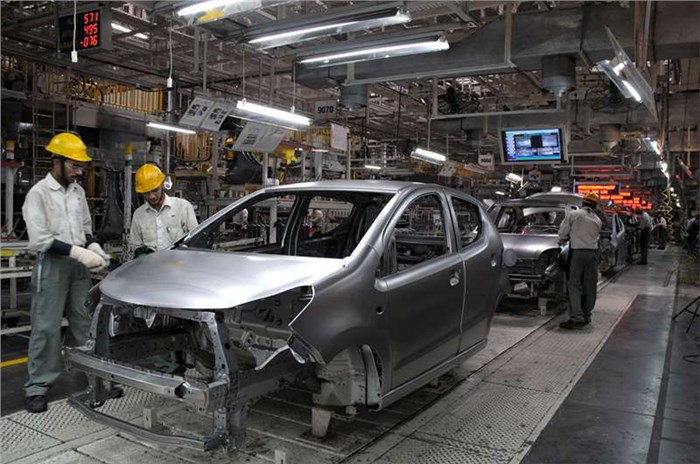 Maruti Suzuki is the largest car manufacturer in India and it has cut down its vehicle production across all its factories in India by 21 percent. This move has been made due to a decline in demand for its vehicles. The numbers from Maruti’s regulatory filing shows that the brand produced 1,36,201 units in March this year (including the Super Carry LCV), which is down by 20.9 percent when compared to the 1,70,195 units it produces in March 2018.

Looking at the segment-wise break-up, the utility vehicle witnessed a large drop of 26.4 percent, to 17,719 units in March. Comparatively, the compact segment saw a smaller 7.5 percent decline in production, to 81,163 units in March. The only segment that has grown is the Vans, which has seen an increase of 6 percent from 14,822 units in March 2018 to 15,710 units in March this year.

Maruti has recently launched its all-new DDiS 225 1.5-litre diesel engine in the Ciaz sedan, which was developed in-house and produces 95hp and 225Nm of torque. It has also updated the safety equipment on the Eeco people-mover and now provides it with driver airbag and ABS as standard.