Mahindra says 70 percent of the SUV's total bookings are for its top-end variant. 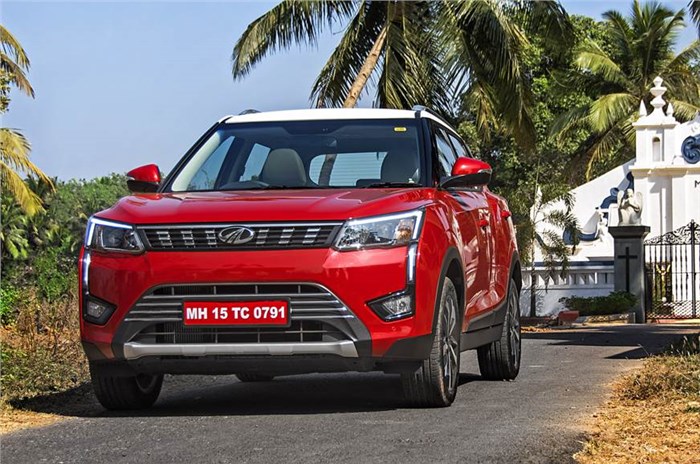 Mahindra’s XUV300 has made quite an entry in the Indian market since its launch on February 14, 2019. It received over 13,000 bookings in the first month of its launch and in April, it was the second-highest-selling compact SUV after the Maruti Suzuki Vitara Brezza.

Mahindra has just announced that after about two and a half months since its launch, the XUV300 has crossed the 26,000 bookings. The carmaker has revealed that majority demand for the SUV is for the fully-loaded variant, which accounts for 70 percent of the overall bookings. The manufacturer also revealed that the petrol-engine variants also contributed 'substantially' to the overall sales of the SUV. The petrol-engined variant of the XUV accounted for 2,744 units, or 40 percent of overall sales, in Feb-March 2019.

The XUV300 is offered in four variants and two engine options – a 117 hp, 1.5-litre turbocharged diesel engine and a 1.2-litre, turbocharged petrol engine – both mated to a 6-speed manual gearbox. There are no automatic variants available as of now, but a diesel-AMT combination will likely be introduced soon.

In terms of features, the XUV300 is well-equipped. It is offered with a host of segment-first features like seven airbags, front parking sensors, heated wing mirrors, dual-zone climate control, steering modes and all-wheel disc brakes.