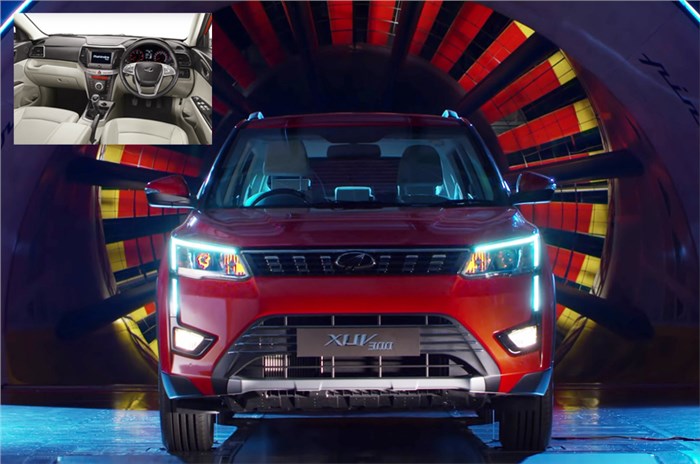 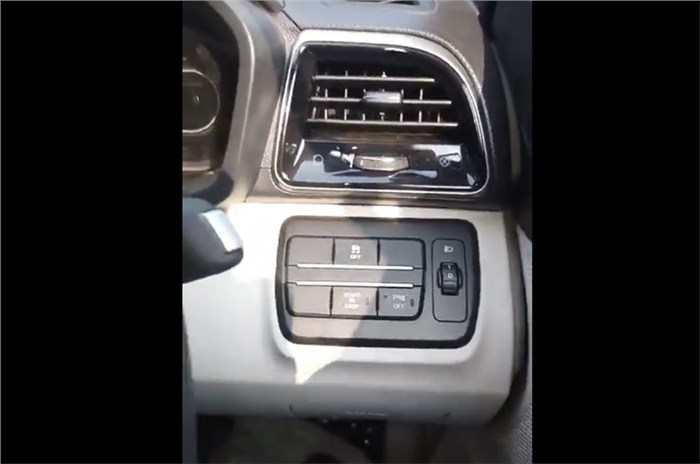 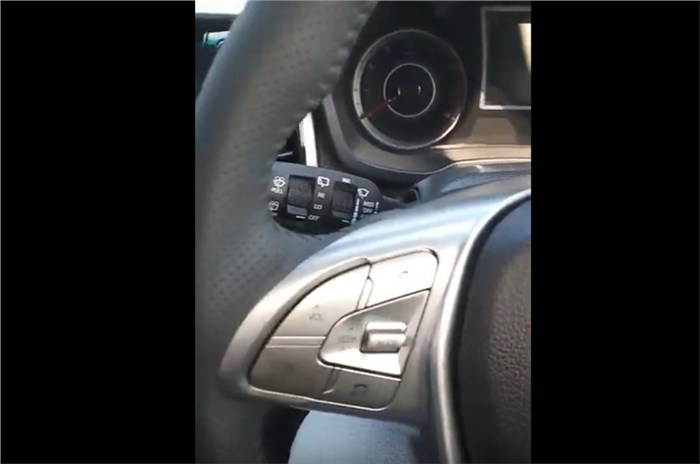 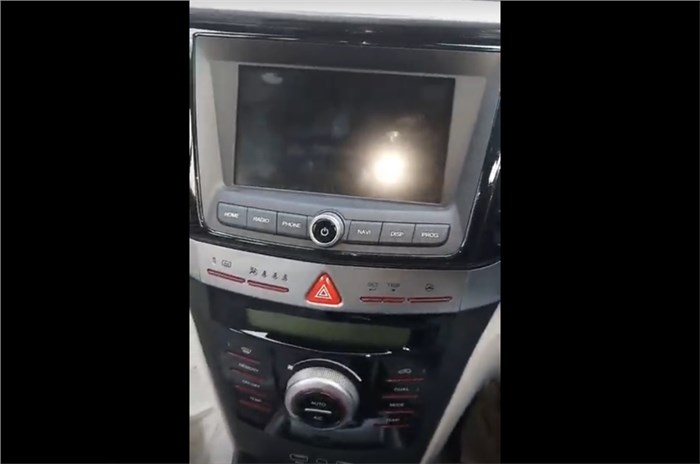 Mahindra’s long-awaited new entrant into the increasingly competitive compact SUV segment is scheduled to arrive in mid-February 2019. In the run up to its launch, the brand has revealed the model’s exteriors and interiors. Now, leaked images of the Mahindra XUV300 show more details of the upcoming rival to the Tata Nexon, Maruti Suzuki Vitara Brezza, Ford EcoSport and lower variants of the Hyundai Creta.

In addition to segment-first features like the dual-zone climate control system and cruise control that had been revealed earlier, the XUV300 will also get a mild-hybrid start-stop system. The new images also show that the SUV features automatic headlamps and wipers, along with Electronic Stability Control (ESC).

The cabin gets a dual-tone finish with black dominating the top of the dashboard, centre console and inside door handles. The lower section of the dashboard and parts of the door panels are finished in a light cream colour, as are the faux leather seats and the front centre armrest. The steering is black and silver and has buttons to control the infotainment system and cruise control. There are plenty of cubbies for storage including one between the glove box and the top of the dashboard and in the door panels.

The centre console features an 8.0-inch touchscreen infotainment system between the central AC vents, below which, are the controls for the dual-zone climate control system. Mahindra has also provided dual USB ports and a charging port. New images also show the sunroof (note this is not a panoramic one), an auto-dimming inside rear view mirror and the 6-speed manual gearbox.

Earlier images of the Mahindra XUV300had revealed that the compact SUV will come with adjustable headrests for three rear passengers and a rear centre armrest.

Engine options at launch will include the Marazzo’s 123hp, 1.5-litre diesel and a new 1.2-litre turbo-petrol unit. While the 6-speed manual will be standard at launch, an automatic will be introduced at a later date.

Besides being named after the larger XUV500, the XUV300 will also share its variant nomenclature with its bigger sibling – the top-spec trim will be badged as the XUV300 W8. The exterior of this variant will feature projector headlamps, LED DRLs, diamond cut 17-inch alloy wheels, fog lamps, roof rails, a rear wash/wipe, a roof-mounted spoiler and a floating roof design.

Although official prices for the Mahindra XUV300 will be announced in February, it is likely to be priced at around Rs 7.5 lakh for the base trim and Rs 12 lakh for the range-topping variant (ex-showroom).