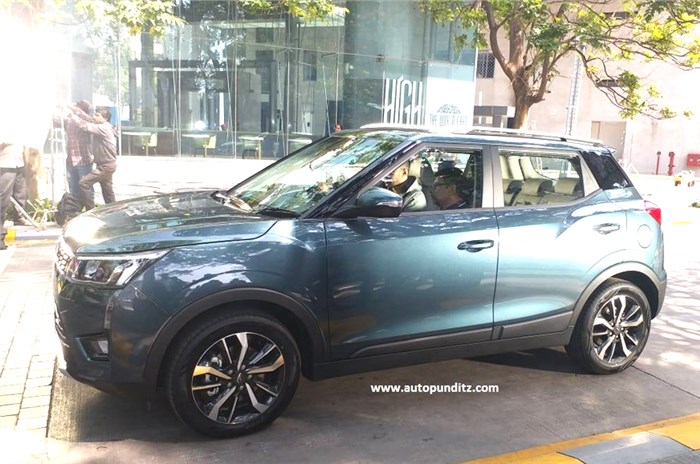 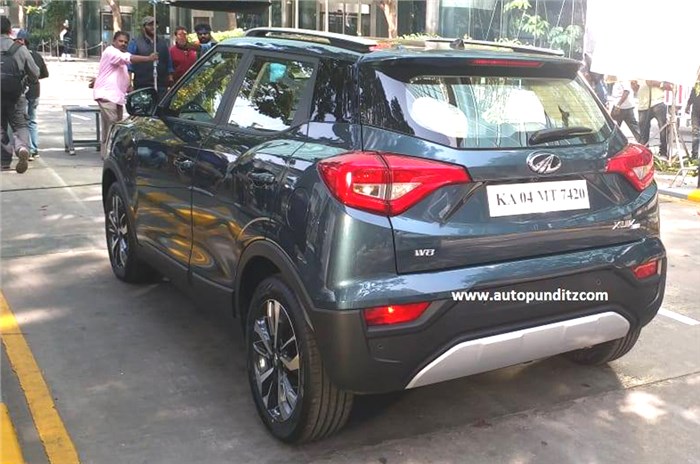 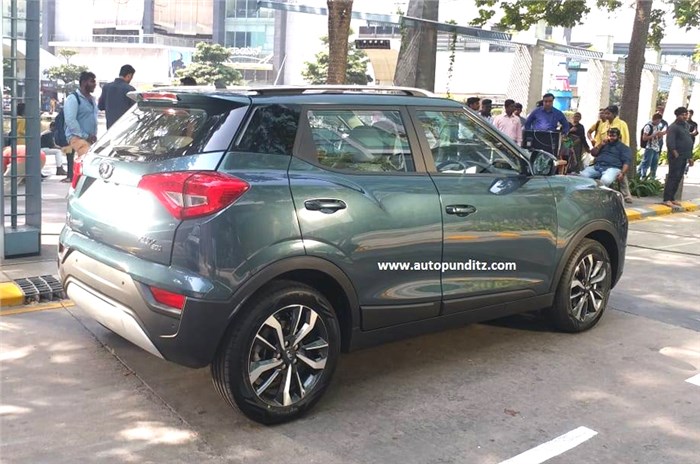 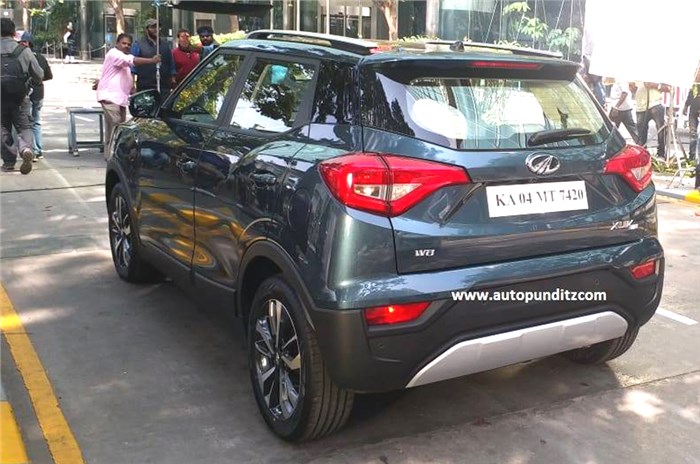 A few days ago, Mahindra announced the name of its newest compact SUV, the XUV300. The model will hit showrooms sometime in February next year.  While Mahindra had shown the SUV in studio images, new images of the car online share a few additional details.

As per the images, the sub-four-meter XUV300 compact SUV will share variant nomenclatures with its larger sibling the XUV500 with the top end will be badged W8.

While we have also seen the interior of the SUV in studio images of the dashboard, the pictures reveal that the rear bench will offer adjustable rear headrests with a dedicated centre headrest for the third passenger. There also seems to be a rear centre armrest as well.

The XUV300 will come with a 1.5-litre four-cylinder 123hp diesel from the Marazzo along with a 1.2-litre turbo petrol. Both engines will be mated to a six-speed manual gearbox for now with the automatic variants joining the line-up a little later. The XUV300 will be positioned at the higher end of the sub-four-meter compact SUV segment in the Indian market.