AMT option only on diesel engine version; XUV AMT will become the third compact SUV to be offered with diesel-AMT combination. 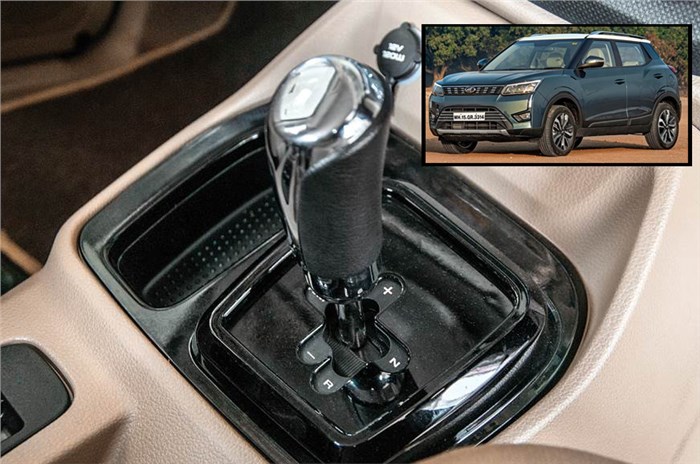 It isn’t news that Mahindra has been working on an automatic version of its new XUV300. In fact, at the launch of the compact SUV, Mahindra had an AMT-equipped model ready. We can now confirm that the Mahindra XUV300 diesel-AMT will launch in India by the third week of this month.

As we had reported just before the XUV300’s launch in February 2019, Mahindra’s two newest models – the XUV300 and the Marazzo MPV – will both get a Magnetti Marelli-sourced automated manual transmission. Until now, both, the 110hp, 1.2-litre turbo-petrol, and the 117hp, 1.5-litre diesel engines on the compact SUV were only available with a 6-speed manual as standard. With the addition of the automatic option on the diesel engine, Mahindra will have a feature not available on some of its rivals like the Ford EcoSport and Hyundai Venue; the Tata Nexon and Maruti Vitara Brezza do have a diesel-AMT option in their line-ups.

While it isn't confirmed yet, we expect all variants upward of the mid-spec Mahindra XUV300 W6 to get the AMT. Based on Mahindra’s pricing trend, expect the XUV300 diesel-AMT to cost about Rs 50,000 more than the respective diesel-manual variants.