Pilot run to kick off in Delhi and Hyderabad in Phase I; Plans to expand to other cities in the long term. 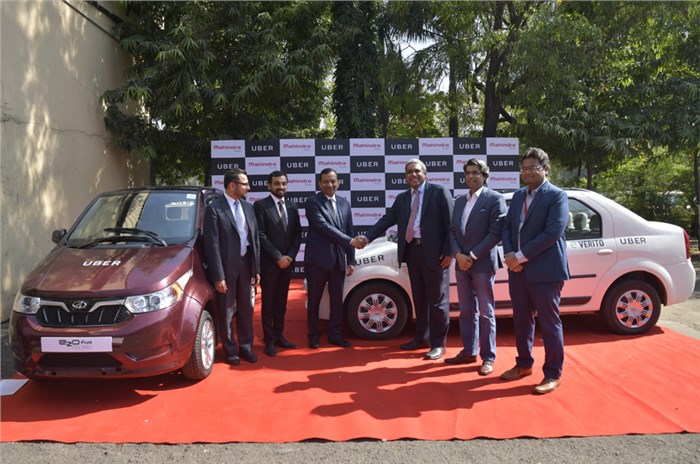 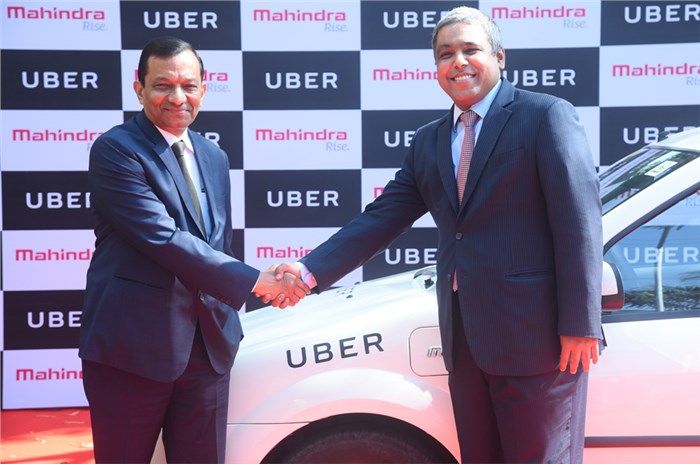 Homegrown carmaker Mahindra & Mahindra today announced a collaboration with Uber to supply electric vehicles as the adoption of EVs in India gathers pace.

Initially, a pilot run will commence in Delhi and Hyderabad with Mahindra deploying hundreds of e2o Plus hatchbacks and eVerito sedans to Uber. Both companies plan to expand the deployment of electric vehicles to several other cities, in the long term.

Apart from the supply of electric vehicles, the alliance will also include insurance, maintenance and financing. Both companies will work closely with public and private players who are in the process of setting up a common-use charging ecosystem across multiple locations in India, according to a statement by Mahindra.

Today's announcement follows a similar agreement made by Jayem Automotives and country's largest cab aggregator, Ola, for supply of Nano-based electric cars. Jayem is gearing up to supply the first batch of 400 Neos to the taxi aggregator upon launch.

The move by Uber and Ola will provide a significant boost to the government's push for widespread adoption of electric vehicles in the country and should positively affect its decision to go all-electric by 2030.

Automakers increasingly believe that a considerable surge in electric vehicle volume is only achievable by taxi-hailing apps. In fact, last year, Mahindra group Chairman Anand Mahindra said that he believes shared mobility services will be essential to bringing in an increased volume of electric vehicles, which at present constitute a miniscule portion of the total passenger vehicle segment.