SCOOP! Tata Electric Nano will be launched as the Jayem Neo 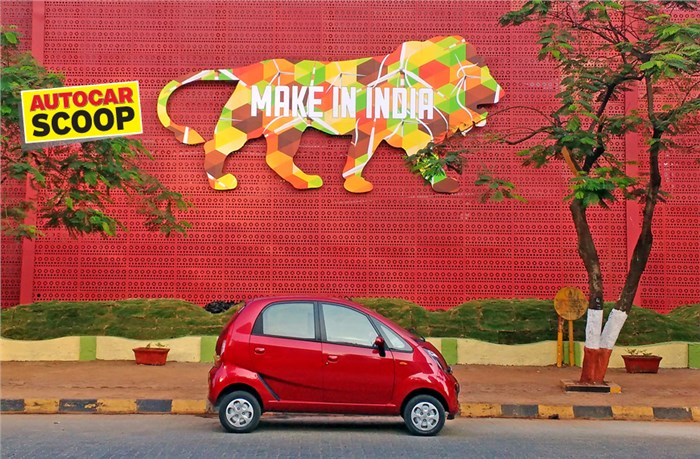 The much-rumored Tata Nano electric, will be launched on November 28 but as the Jayem Neo. Tata Motors will supply complete Nano body shells without the engine and transmission to Coimbatore-based Jayem Automotives who will manufacture and market the EV. Jayem Automotives has a long-standing association with Tata Motors and recently entered into a joint-venture (JT Special Vehicles) with the automaker to develop sporty versions of select Tata models. Whilst the current plan is for the Neo to be sold under the Jayem brand, Tata Motors too is likely to have its own version of the Neo in the future.

The Neo will be driven by a 48-Volt electric system that puts out 17kW (23hp), which is a modest output for a car weighing around 800kg (the conventional 623cc petrol Nano weighs 636kg). However, this specification of the Neo will only be available for the fleet market and not for personal use and according to sources is ‘powerful enough to serve the purpose as a city taxi’. Sources claim an ARAI cycle range of 200km on a full charge, which drops to around 140km with four persons and air-conditioning.

The Neo will be a Jayem branded car carrying no Tata badge, however the sides will bear a ‘powered by Electra EV’ moniker.

Jayem will supply the first batch of 400 Neos to taxi aggregator Ola Cabs at launch.  The Neo will not remain a fleet-only option. There are plans to launch a more powerful version of the Neo for private buyers too, but this could be with a Tata badge.

Statement from Tata Motors: “Tata Motors has plans to be a significant player in the electric vehicle market and plans to develop a series of products in passenger cars and commercial vehicles in the EV space. It has already won a prestigious order of 10,000 EVs from the Government of India. The electric drive systems for this prestigious order have been developed and supplied by Electra EV – a company established to develop and supply electric drive systems for the automotive sector. Specific to the Neo order, Tata Motors has supported Jayem Auto with body shells and associated components.”

Worth noting is the fact that Electra EV will also supply the EV drive systems to the Tigor electric. Tata had bagged a contract to supply 10,000 electric vehicles to the Government of India earlier in 2017.

Statement from Jayem Automotive: “Coimbatore-based Jayem Automotives will launch electric cars known as the ‘Neo’. The 48-volt Neo will be assembled and marketed by Jayem Auto and has been produced in strategic association with Tata Motors. The Neo is powered by an electric drive system developed and supplied to Jayem by Electra EV, a technology company which develops and produces electric drive systems. The first batch of cars will be supplied shortly.”