Mahindra Thar to get ABS for the first time in new special edition: top-spec trim to get exterior decals. 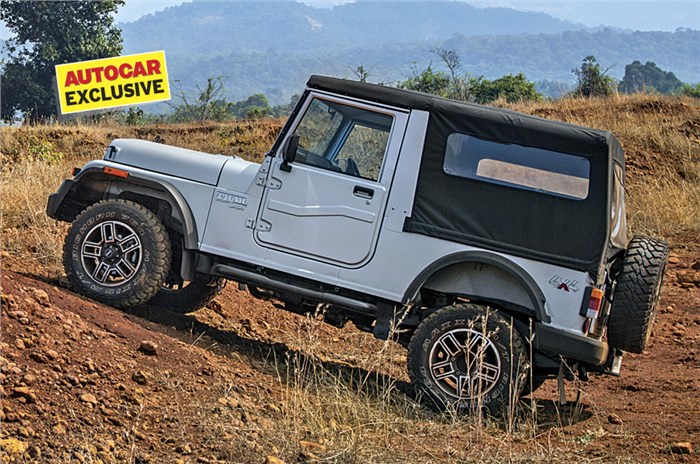 The Mahindra Thar was originally launched in 2010 and, in 2015, it received a mid-life facelift. The current-generation Thar will soon be discontinued, as it does not meet the upcoming crash-test regulations that will come into effect from October 1, 2019. And so, to bid adieu to the first generation, we can now confirm that Mahindra will give the Thar a special edition that will, most likely, be the final version of the SUV in its current avatar. While the name of this special edition has not been announced just yet, this final version will have one feature that no other Thar has had so far – anti lock brakes or ABS.

The special-edition Thar is also said to get a set of decals on the exterior that will help differentiate it from the standard car, and it is likely to come only in the top-spec CRDe engine option. It will also get a slightly different interior package with optional extra bits. The standard car comes with a set of steel wheels with wheel caps, while the special-edition Thar gets a set of alloy wheels as part of standard equipment. The next-gen Thar is said to be bigger, more powerful, more fuel efficient and more comfortable. However, if the current-generation Thar, with its traditional MM540-like design, is what you prefer, this final special edition could very well be the best one for you, especially due to the addition of ABS.

While the current-gen car will not meet crash-test regulations, the next-gen Thar will meet the upcoming safety norms and BS-VI regulations when it launches in 2020. It will also get a more powerful 140hp 2.0-litre engine paired to a 6-speed manual gearbox. The new Thar will be based on Mahindra’s Gen3 Chassis that is derived from the likes of the TUV300. The car will also get airbags (which the current generation does not have), rear parking sensors and a speed warning. 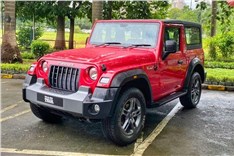 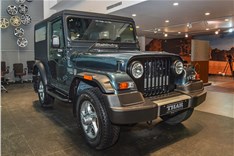