Thar 700 marks the end of production of the first generation of this SUV. 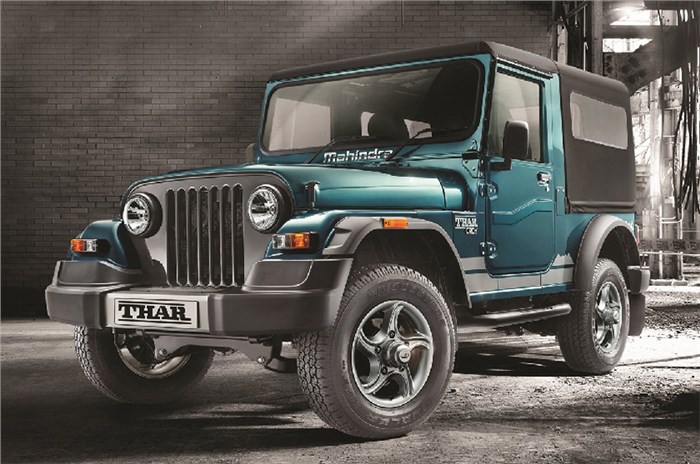 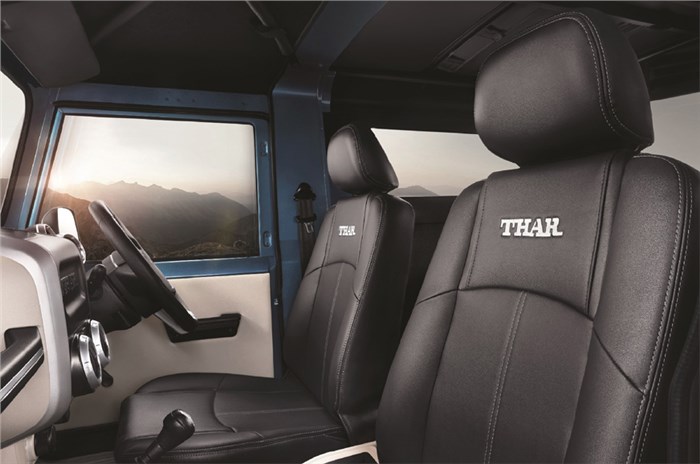 Mahindra has launched the final commemorative edition of the Mahindra Thar before the first generation of the SUV goes off the shelves. We broke the news about Mahindra Thar special edition back in April 2019. Now, it has been christened Thar 700, since only 700 units of this model will be built.

First up, the Thar 700 comes only in two exterior paint shade options – Napoli black and Aqua Marine (similar to the one seen on the Marazzo). It also gets five-spoke, 15-inch alloy wheels that were earlier available on the previous-gen Scorpio and Marksman. As part of the special package, the Thar's signature edition gets black decals on its bonnet lid and a silver finish on its front bumper. Additionally, a special signature edition badge on the Thar 700's right fender bears the signature of Anand Mahindra, Chairman, Mahindra Group. New in the cabin, are leatherette covers for the seats.

The Mahindra Thar 700 signature edition comes with the 2.5-litre CRDe engine mated to a 5-speed manual gearbox. Like the other Thar SUVs produced after April 1, 2019, this signature edition model also features ABS. However, the model will not come with a driver airbag, a passenger seat-belt reminder or rear parking sensors, since Mahindra will finish building the Thar 700 prior to the July 1, 2019 deadline.

Work has begun on the second-gen Mahindra Thar and it is expected to make its debut at Auto Expo 2020. While the second-gen Thar will initially get a 140hp or 120hp diesel engine, Mahindra is looking to expand the Thar's portfolio by adding a petrol engine later.