Scorpio-N to have captain chairs in the second row. Six and seven seat layout expected. 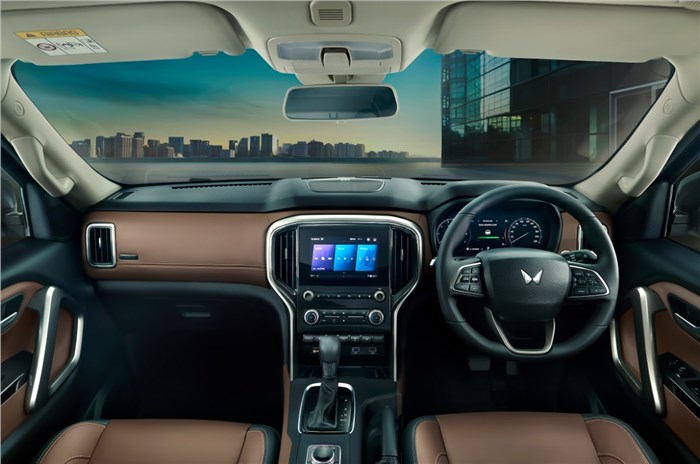 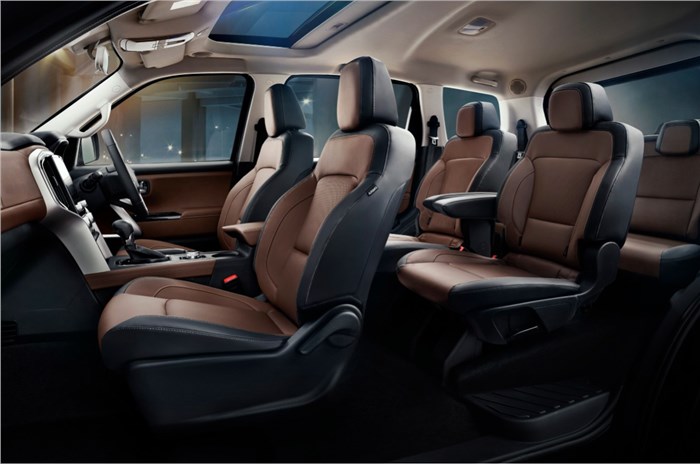 Mahindra has released the first set of pictures of the interior of the upcoming Scorpio-N, which will go on sale on June 27, 2022. We tell you what the official Scorpio-N's interior images reveal.

Mahindra Scorpio-N: what the interiors reveal

The Scorpio-N's interior layout was previewed through spy shots earlier and the final design set-up more or less remains the same. The new Scorpio-N's dashboard layout actually looks similar to the Toyota Land Cruiser LC200. Official pictures show the interior in a dark tan shade with contrast black dual-tone set-up for the seats as well as dashboard, which looks premium. Mahindra has used a subtle dose of brushed aluminum trim on the dashboard, AC vents, center console and on the door handles, which doesn't look overdone. The instrument cluster layout seems to have two versions, with the higher trims expected to have a bigger multi-info display positioned between the conventional speedometer and tachometer.

The infotainment will be powered by Mahindra's ArdenoX suite and will get features like phone connectivity. Higher variants will also get a Sony 3D surround sound system, similar to the XUV700, however, the number of speakers may differ.

The new Mahindra Scorpio-N prices are expected to overlap the Scorpio Classic on the lower side and the XUV700 on the higher side. The SUV will come with two engine options, a 2.0-liter petrol and a 2.2-litre diesel. For more on the Scorpio N's dimensions and features, click here.