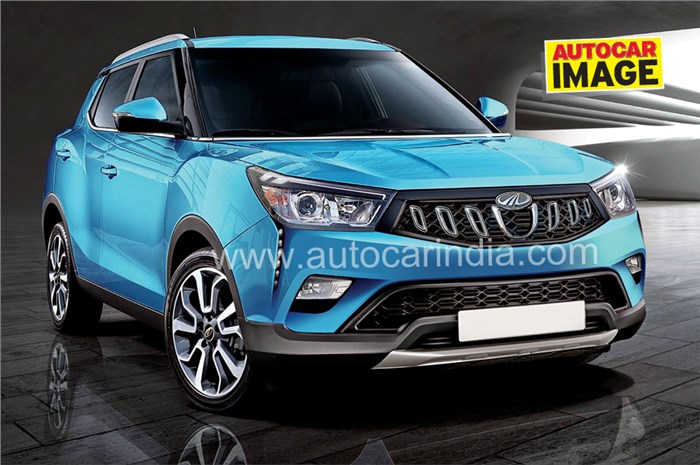 The S201 compact SUV will take on the Maruti Suzuki Vitara Brezza and the Ford EcoSport.

Mahindra is putting final touches to its Vitara Brezza compact SUV rival. Known by its codename, the Mahindra S201 is actually based on a modified SsangYong Tivoli platform, as reported earlier. According to our sources, the S201 will be positioned at the higher end of the compact SUV segment.Mahindra will give the S201 several unique features to set it apart from the Tata Nexon and the Maruti Vitara Brezza.

As reported by us earlier, the new Mahindra S201 will come with a panoramic sunroof, a large touchscreen, cruise control and even features like dual-zone climate control system. The compact SUV is also likely to come with LED headlamps and daytime running lamps, at least on the top variant.

Under the hood, the S201 diesel is more powerful than its rivals, with a 123hp 1.5-litre, four-cylinder diesel engine to be the mainstay for India. There will also be a new 1.2­-litre turbo-petrol engine that will make its debut on this SUV.

On the safety front, the S201 is likely to come with seven airbags ABS, ESP and rear parking sensors. The company is currently gearing up for the market launch of its Y400 flagship SUV, which will sit above the XUV500.

Would the power and features make the Mahindra S201 a compact SUV you’d consider? Let us know in the comments section below.