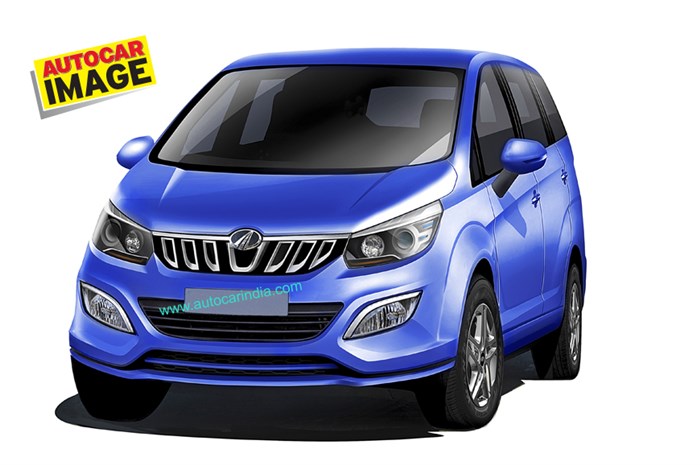 Mahindra dealers have begun accepting bookings for the new Marazzo (U321) MPV, which is slated to launch on September 3, 2018.

Mahindra is set to introduce the Marazzo MPV in the Indian market on September 3, 2018. A handful of dealers have begun accepting bookings on an unofficial basis for this new MPV with the booking amount set at Rs 10,000.

While the model has not been unveiled in full, dispatches have begun to dealerships pan-India, which means spy shots of the vehicle in production avatar could soon surface on the internet.The company has revealed a handful of teasers showing various elements including the dashboard and the centrally-mounted rear AC vents.

Top-spec trims will come with a 7.0-inch touchscreen infotainment system with Apple CarPlay and Android Auto compatibility, climate control and AC vents for all three rows.

This new MPV will be available in seven- as well as eight-seat configurations. The seven-seat variant will come with individual captain chairs for the middle row, while the eight-seater version will have a bench seat for the second row.

The Marrazo will be powered by a 1.5-litre four-cylinder diesel engine good for 130hp and 300Nm torque that is mated to a six speed manual gearbox.All variants are expected to get airbags, ABS with EBD and rear parking sensors as standard.

According to Mahindra, the Marrazzo will not replace any model and will be a fresh product in their line-up. According to the dealers we spoke to, pricing for the Marazzo is expected to be somewhere in the “middle” of the Maruti Suzuki Ertiga (Rs 6.34-10.69 lakh) and the Toyota Innova Crysta (Rs 14.34-21.57 lakh).