Suzuki will sell the Jimny 4Sport in Brazil; 5-door model expected to launch in India next year. 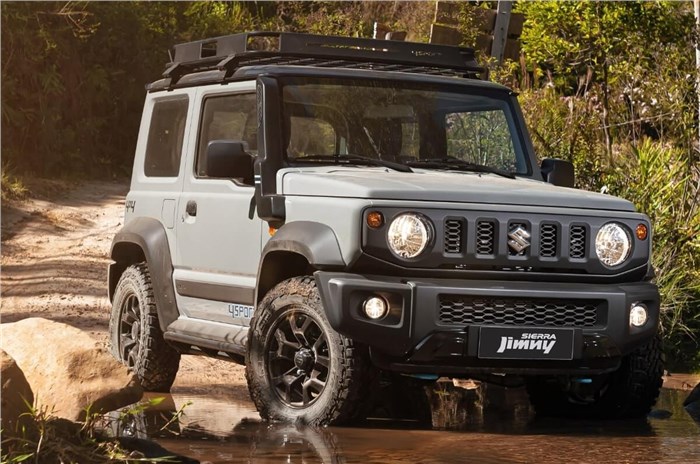 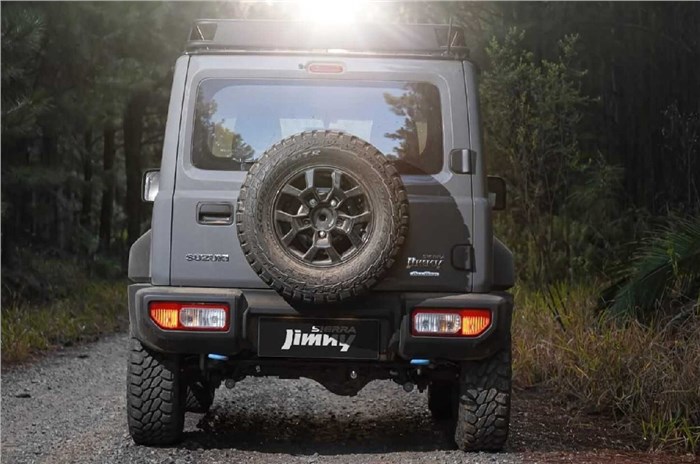 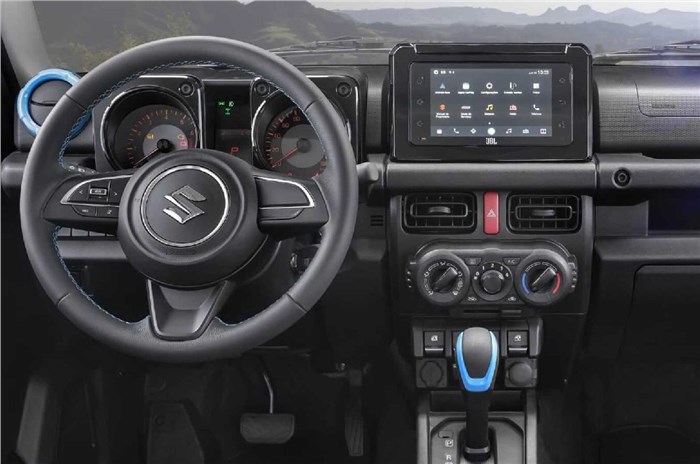 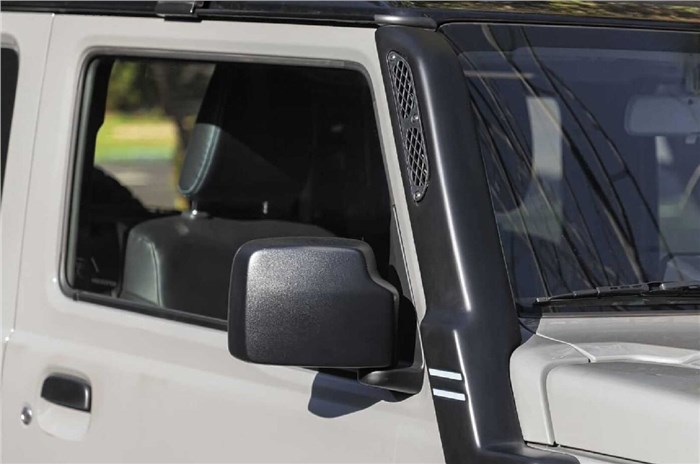 Suzuki has launched a more off-road focused version of the Jimny, called Jimny Sierra 4-Sport in the Latin American market. Suzuki will only produce 100 units of the rugged SUV, with certain cosmetic changes, and leaving the powertrain unchanged.

The Jimny 4Sport features a snorkel, which Suzuki says improves the SUV’s water wading capacity to 600mm. It also features a matte black rock slider to protect the body work from dents, and doubles up as a side-step. Moreover, it gets a black roof with a carrier and four tow hooks – two at the front and two at the rear. Compared to the standard model, the 4Sport’s approach and departure angles have been reduced from 37 degrees to 31 degrees and 49 degrees to 40 degrees, respectively, due to the new skid plates. Additionally, this limited edition model also has new Pirelli MTR off-road tyres.

The exteriors also get minor visual changes like new side mouldings, black 4Sport badging on the doors, blue graphics on the hood and 15-inch alloy wheels.

On the inside, the changes are purely cosmetic with the AC vents and gear-shifter surrounds getting blue highlights. It gets new seats with blue stitching and accents along with the 4Sport emboss on the front seats. There is also a prominent 4Sport badge on the passenger side of the dashboard.

While the 4Sport is not coming to our country, Suzuki is readying the five-door version of the Jimny for our market. The test mule was recently spotted in Europe and the five-door model is likely to make its debut here at the 2023 Auto Expo.

The Jimny for India will be powered by a 1.5-litre K15C petrol engine featuring mild-hybrid technology, which will be paired to either a 5-speed manual or a 6-speed automatic gearbox. It is highly likely that the 5-door model will make its debut at the 2023 Delhi Auto Expo and the SUV will be sold through Maruti Suzuki’s Nexa dealerships. When it arrives, it will compete with other off-roaders like the Force Gurkha and Mahindra Thar – a five door version of the latter is also in works.

This custom 5-door Suzuki Jimny is a one off creation