Kenichi Ayukawa to head Maruti Suzuki for another 3 years 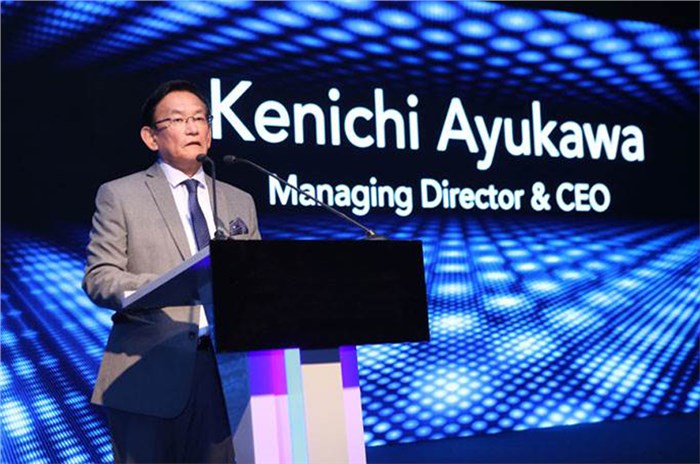 Ayukawa has been the MD and CEO of Maruti Suzuki since April 2013; will continue this role until April 2022.

Maruti Suzuki, the country's largest passenger-car manufacturer, announced that the company's board has approved the re-appointment of Kenichi Ayukawa as the managing director and CEO of the carmaker for a period of three years, effective April 1, 2019.

In April 2013, Ayukawa was appointed as the successor to Shinzo Nakanishi. Before taking on the top role, Ayukawa had served as part-time director and was also responsible for Suzuki's overseas marketing.

He took charge of Maruti Suzuki India when the company was still recovering from an adverse industrial relations episode, which occurred in July 2012. Ever since, he has steered the company to new heights. At thattime, Maruti Suzuki's market share stood at 39 percent, down from around 45 percent five years prior.

Today, the company has a stranglehold over the passenger vehicle market with a share of 51.36 percent and usually has at least six of its models inthe Top 10 best-selling PVs in India every month.What’s more, the domestic car contributes more than 50 percent to Maruti Suzuki’s global production volumes. And lest we forget to mention, the game-changingMaruti Suzuki Vitara Brezza has been the country’s best-selling SUV since its launch in March 2016.

Under Ayukawa's leadership, the company has seen resurgence in both, market performance and engineering capabilities; as well as in the expansion of its manufacturing capacity. In 2017, our sister publication,Autocar Professional,honoured the Maruti Suzuki India chief by voting him as its ‘Man of the Year 2017’. The award was essentially for successfully managing disruptions in the business environment in the form of GST, and demonetisation whilemaintaining dominance in the face of growing competition and also drawing up strategies for the electric mobility era.

As Maruti Suzuki India drives towards its avowed goal of 2 million sales in 2020 while preparing to plug into the growing new mobility phenomenon of electric mobility, even as competition intensifies, Ayukawa continuing at the helm of affairs till 2022 will help the company scale greater heights.