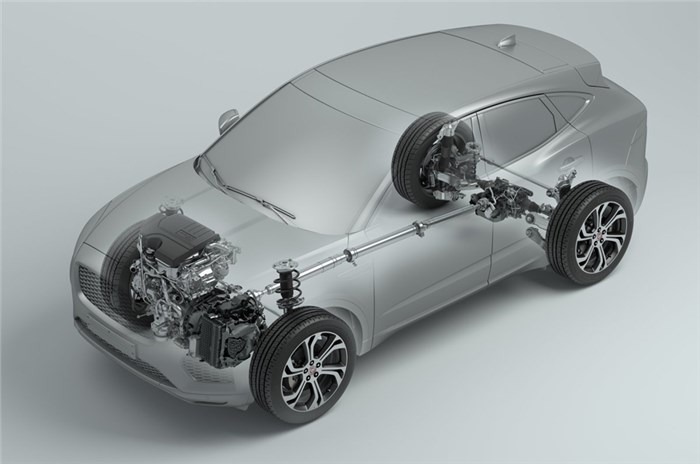 Jaguar is plotting two small crossovers to grow its SUV family as it looks to bolster waning sales; and they could ultimately be built on BMW platforms as part of increasing ties between the two carmakers.

The deal between the two companies started with joint work on electric drive unit (EDU) development. It also opens up the prospect of the introduction of a new entry-level Land Rover model alongside next-generation versions of the recently replaced Range Rover Evoque and Land Rover Discovery Sport – all built off the BMW architecture.

The blossoming alliance between Jaguar Land Rover (JLR) and BMW had recently expanded. Sources in the know told our sister publication Autocar UK that the German carmaker is set to supply JLR with four and six-cylinder internal combustion engines (ICEs) in both standard and hybrid form.

That move to sharing engines has now opened the real possibility that JLR and BMW are aligning themselves to take a much bigger step – sharing an advanced small-car platform.

A pair of super-economical baby Jaguars – already in the early stages of development and pending a green light for production in the middle of the next decade – could now be based on BMW’s new FAAR platform for front-wheel-drive models that was previewed by the new BMW 1 Series.

The two new models are expected to be a small SUV and a similarly sized coupé crossover and they are likely to carry the ‘Pace’ name as part of the firm’s SUV family.

In addition, the next-generation Range Rover Evoque and Land Rover Discovery Sport models (due in the second half of the next decade) could be sibling vehicles to the next-generation Mini Countryman and BMW X1 models in a further deepening of the alliance.

An expansion into platform sharing also opens the way for JLR to build the long-rumoured entry-level Land Rover model, which, according to Autocar UK, could revive the 'Freelander' name.

JLR cars that could use BMW platforms

Jaguar’s small SUV
Shorter and lower than today’s E-Pace (which is heading towards becoming Jaguar’s current bestseller), the baby SUV will be more modern and sophisticated in its styling than the entry-level Land Rover, with strong shades of the I-Pace in its appearance and feel.

Jaguar’s small crossover coupé
Potentially a curvaceous cousin to the BMW X2, a truly small upmarket Jaguar five-door could be the second offering from the British automaker to be based on the German marque’s front-wheel-drive architecture.

Land Rover 80
A compact entry-level Land Rover will be launched as a stylish family-friendly five-door, with expressive styling inspired by the original 1948 Land Rover and the new Defender. Potentially a big seller, it could take the Freelander name.

Land Rover Discovery Sport
The the current model went on sale earlier this year, suggesting the next-gen version will arrive some time around 2025. With a likely need for heavily electrified versions, it would also make sense for JLR to consider a BMW platform.