Right-hand-drive, three-row Jeep Commander will be built in India for domestic and global markets. 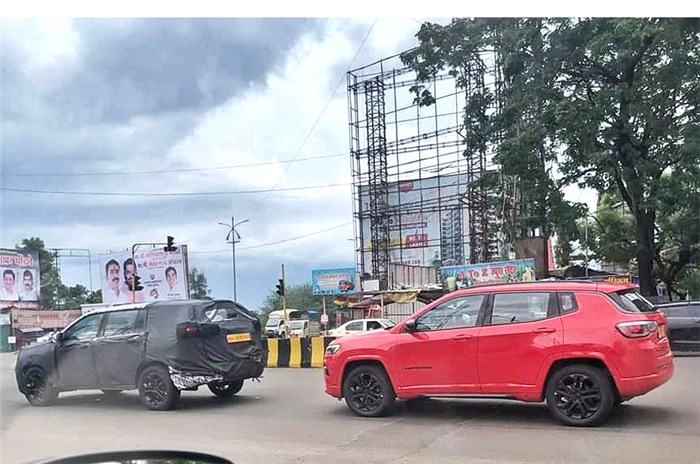 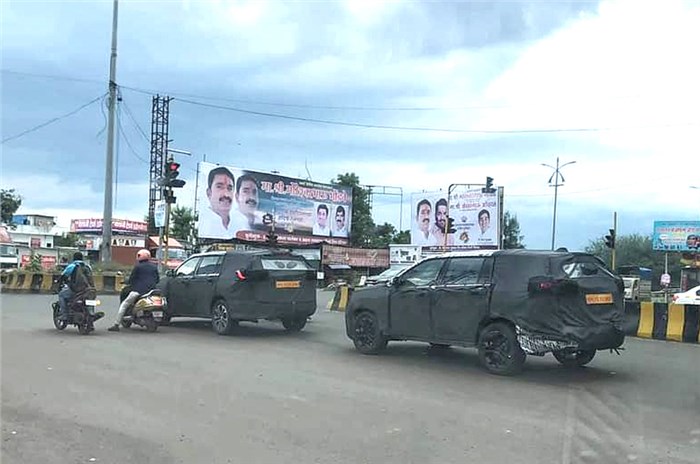 Jeep has finally begun road-testing its upcoming three-row Commander SUV on Indian soil. The new Jeep SUV (Codename: H6) will be the brand's next product for the Indian market, which is slated to launch by mid-2022. As reported by us earlier, Jeep will start production of this new SUV in India at its Ranjangaon plant by April-May next year.

The new three-row SUV from Jeep will see a world premiere in the coming months and will go on sale in South America first. This new SUV will be called the Jeep Commander (not to be confused with the Grand Commander on sale in China) in most global markets. The company has just begun road-testing the SUV in India. Jeep's Ranjangaon plant will be the mother plant for the right-hand drive versions of the Commander SUV that will be sold in India and abroad. Left-hand-drive versions will be built in Brazil.

A first spy picture of the SUV being tested on the outskirts of Pune gives us a size comparison of the new Commander with the Jeep Compass.

Jeep H6 (Commander) SUV: what all will be common with the Compass?

The Compass-based Jeep Commander 7-seat SUV will have some shared body panels up front, with the real changes coming after the B pillar. It will come with longer rear doors, a more upright rear, with unique styling that will mimic newer Jeeps like the Grand Cherokee L and Grand Wagoneer concept. The rear tailgate will have horizontally positioned tail-lamps with LED elements.

Sources tell us that the Jeep H6 SUV will get all the creature comforts of the recently updated Compass, including the cooled seats and a panoramic sunroof, with an even greater focus on luxury and higher-quality cabin materials. And while the main talking point is the new third row of seats, what further solidifies the premium, chauffeur-driven experience will be the availability of captain’s chairs for the middle row.

The new Jeep H6 SUV will come with the same 2.0-litre, four-cylinder, Multijet turbo-diesel engine from the Compass, but it will be tuned to produce around 200hp, which is considerably higher than the 173hp it currently makes. It is also likely to come with a 9-speed torque-converter automatic gearbox as standard. And, of course, this being a Jeep, higher variants are expected to come with all-wheel-drive as well.

Whether the Jeep H6 for India will get a petrol engine remains to be seen, but the left-hand-drive version (codename: H1) of the 7-seat SUV will most likely get the brand’s new 1.3-litre turbo-petrol engine.

The Indian market has seen a Mahindra MUV, called the Commander, in the 1990s. While the new Jeep H6 is confirmed to get the Commander brand name abroad, it remains to be seen whether Jeep uses the same marketing name for the H6 SUV in India, especially when both brands have been at loggerheads for not one but two separate instances – the Mahindra Roxor and, more recently, the Thar sales in Australia.

The new Jeep Commander (H6) SUV will go into series production in India by April next year, and a market launch around mid-2022 can be expected. Positioned above the Compass, the Jeep H6 SUV, with its 7-seat layout, AWD and monocoque underpinnings, will be a rival to the VW Tiguan Allspace and the Skoda Kodiaq, which is expected to be relaunched soon. However, while those two rivals are petrol powered, the Jeep’s diesel engine means it could also be viewed as an alternative to ladder-frame SUVs like the MG Gloster, Toyota Fortuner and Ford Endeavour.