The law, which is likely to come into effect next year, is meant to curb the use of sub-standard glass on cars. 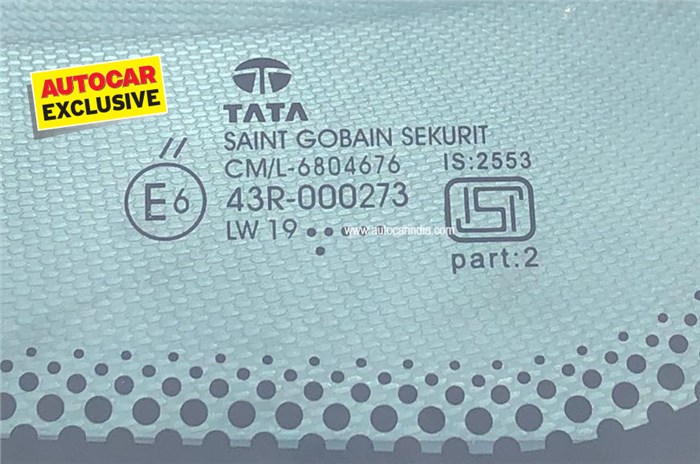 The Bureau of Indian Standards is currently in the process of bringing in legislation that will mandate the use of the ISI mark on the windscreens and windows of all cars. This will not only apply to cars manufactured in India, but also to those assembled here.

Similar to the rule that states that all tyres sold in India have to be stamped with an ISI mark, this new rule is being brought in to help prevent the entry of low-quality and unsafe glass into the country. The import of sub-par windscreen glass, especially during replacements in the aftersales and service market, has become something of an issue, and with automotive glass-makers here able to deliver high-quality windscreens and windows, this could work well for the Indian industry in the long term.

The additional certification is likely to cause some amount of disruption and escalation in cost for car manufacturers. Those likely to be impacted most are manufactures that predominantly assemble cars here. The glass used will first have to be certified, which could prove to be a drawn-out process, stamped with the ISI logo at the point of manufacture, and then imported into thecountry.

Since this process could take time, and cause inconvenience, the Bureau is likely to give carmakers a lead time of around six months before the rule is enforced. The current proposed date stands at April 1, 2021. While the legislation is not likely to apply to cars directly imported into India (CBUs), having to stamp the ISI mark on the windscreen and windows of all cars assembled here places yet another hurdle in front of carmakers, many of whom are already swamped under the considerable weight of the ever-increasing rules and regulations. The move, however, is likely to help maintain safety levels and quality standards for automotive glass, which could go a long way in protecting occupants, especially in case of a crash.

Motorcycle helmets to get safer