For the greater good or just great business? 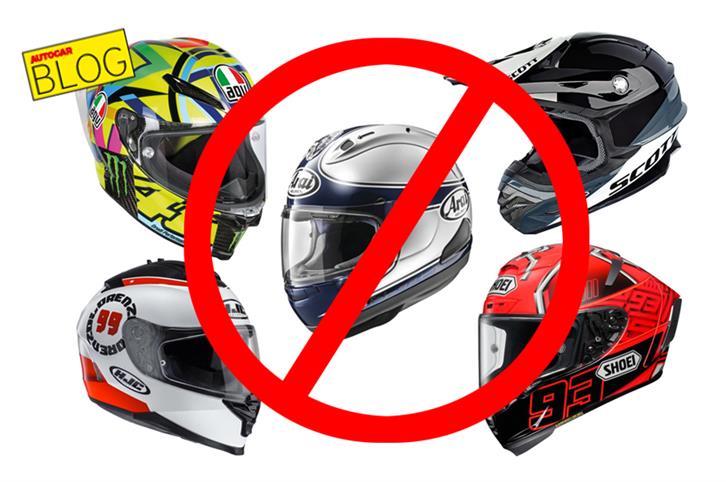 On the face of it, the new ruling that proposes to ban non-ISI helmets is certainly worth celebrating. The average Indian motorcyclist (read commuter) has failed to show an inclination towards spending some money to protect what one would generally assume is a rather important part of the human body. So it’s commendable that the government is stepping in and finally eradicating the option of atrociously cheap ‘roadside’ helmets that cost a few hundred rupees. After all, injecting heroin into your veins is bad for your well-being, and so is loosely placing a flimsy piece of plastic on your head when travelling at speeds that the human body never evolved to move at. The government is right to ban both things.

But, as with so many pieces of policy framed in this country, there seems to be a healthy dose of either frustratingly ill-informed logic or clever moulding of the rules for financial gain. Or perhaps even a good serving of both. There are two big issues to discuss with the proposed new ISI helmet regulations.

The first one is what every enthusiast is up in arms over. Along with the ban on the hundreds of thousands of garbage helmets that have been mass-manufactured over the years also comes a ban on all helmets that don’t meet the ISI regulations. And unfortunately, that means after two months time, it will be illegal to manufacture, sell or store premium imported helmets in India. This holds true even if they already meet high international test standards like the American DOT, European ECE, and Japanese JIS, as well as independent test standards like Sharp and Snell. In one fell swoop, the government wants to make the best helmets in the world illegal in India, because they don’t conform to the ISI standard. 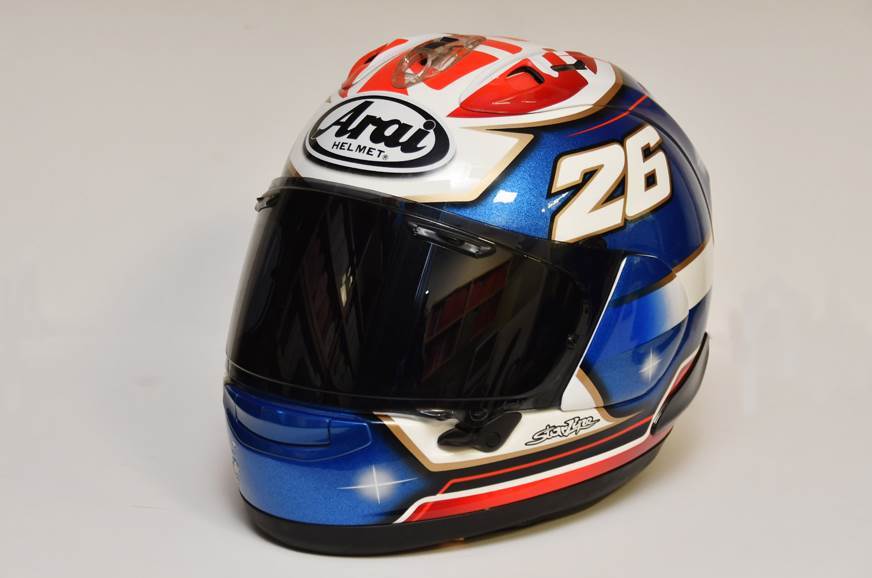 You could have one of the best helmets in the world, but if it doesn't meet ISI standards, the government won't allow it to be sold here.

Now it’s easy to scoff at the ISI mark by the BIS (Bureau of Indian Standards), but you’ll be surprised to know that the actual rules that govern the Indian helmet safety standards are not the eyewash you imagine. That’s because, as with many of our test standards, the ISI helmet regulations were originally modelled on international test standards. In this case, the ISI standard finds its roots in the highly acclaimed and comprehensive European ECE regulations.

You see, India simply never had the history and expertise in many fields (motorcycle helmet safety standards being one) like more developed countries. So rather than attempting to come up with a fresh and unique version of our own, it made sense to adopt a base version of a proven international standard and tweak that for our requirements. Another famous example of this practice is in our emission standards which are still generally on par with equivalent Euro norms – BS IV is more or less Euro IV. Of course, as we Indians know well, there is a big difference between the rules on paper and the enforcement in practice.

One way to do things here would be to ban the sale of the trash, but simultaneously recognise a set of internationally acclaimed test standards, ideally the highly regarded ECE 22.05 standard, and allow the import and sale of premium helmets that conform to these norms to continue. Or if the government insists that all helmets must conform to the Indian norm (which is within its rights to do), then the proposed regulations should be sensibly thought out so as to allow even the premium and higher-end helmets to pass a series of tests that may well be designed for more affordable, locally-manufactured helmets. But as you will read a little further down, it's looking like that won't be the case. The government simply cannot claim that this ban on imported helmets is in the interest of protecting local manufacturers. After all, not a single Indian manufacturer has the decades of motorsport experience or, more importantly, the desire to exclusively produce top quality helmets that will cost many tens of thousands of rupees. These guys are about the numbers and therein lies the second, and more worrying, issue with the proposed regulations.

In the most recent release of the new ISI norms, it was revealed that the government is proposing to reduce the maximum weight permissible for a helmet from 1.5kg to 1.2kg. Apparently, this is in the interest of the common man, to make the helmets lighter and more comfortable. But I smell another motive.

Ask yourself, who could be behind the push for this particular set of regulations? It’s simple – it would be the helmet lobby, or to put it more correctly, the ISI Helmet Manufacturers Association of India. This group has representation from pretty much every major helmet manufacturer in the country, and here’s where the benefit to them arises.

The last few years have seen a massive increase in acceptance of more premium helmets that cost between Rs 2,000-5,000. This popularity was originally built by international brands like LS2, MT, SMK, Sol, and others. Many of India’s biggest manufacturers have now joined the fray and some of the options they have to offer are really not bad. But the imported helmets still hold the edge, especially in terms of brand appeal. 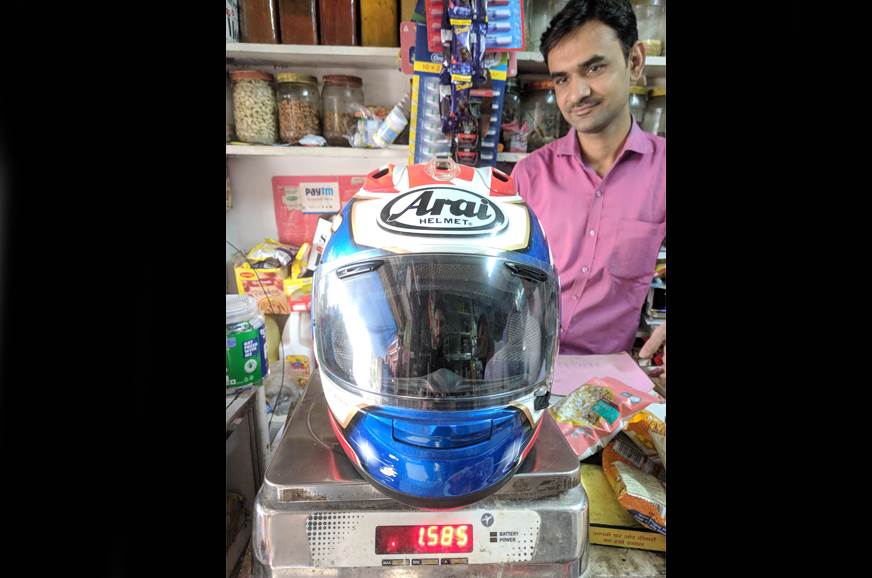 My grocer may be amused, but there's nothing funny about this potential ban on premium helmets.

Now when this proposed ban on non-ISI lids was first announced, I know from friends in the business that multiple international brands were open to evaluating their options for ISI certification. But this new weight regulation changes things. In the international market,1,200gm is in the ballpark of the lightest full-face helmets out there, most of them turning to exotic (and super-expensive materials like carbon fibre) to break under that figure. To prove this point, I went and weighed some of the helmets the wife and I have at home using my local grocer’s electronic weighing scale, much to the man’s amusement. Here’s how they stacked up.

This is just a random sampling of helmets, three of them that cost well over Rs 50,000, the HJC RPHA 10 at a more ‘mid-ground’ Rs 30,000, and the CL-17 representing the more affordable end of the line-up at Rs 9,000. Clearly, the cheapest helmet here is also the heaviest, while only one of the semi-carbonfibre AGVs was able to sneak under the proposed ISI limit of 1,200gm.

Every helmet maker out there knows that making a lighter helmet is desirable, and you know for sure that they would if they could. But there is only a certain point to which you can make a helmet lighter without compromising its ability to protect. Going by this, it appears that the kind of light weight that the BIS wants make standard in India can only be achieved (without compromise) at great expense.

The big worry with this new development is that even if certain international manufacturers were considering local certification, they certainly won’t be doing so any more as they will have to compromise on safety to meet the new weight limit. I don’t see any of these manufacturers even considering it. But none of the Indian companies have thus far raised any concern about this, and the ISIHMA has even welcomed the move.

But what can we do?

There will surely come the argument that I am providing an elitist view of things and a majority of Indian riders do not require the level of safety provided by expensive imported helmets. To those that feel this way, I say you are perfectly entitled to do so, and if our government is satisfied with setting the bar at this height, so be it. But at the same time, I strongly protest that this new and possibly compromised standard is being force-fed on those who have no desire to compromise their personal safety.

It boils my blood that the government is taking away my right to higher level of protection than it deems necessary. So what can we do about it? Create a noise and make yourself heard! You can start by signing this Change.org petition by fellow journalist and die-hard enthusiast Varad More; the more signs we get, the stronger our message will be. But don’t stop there. A recent circular released by the government says that we have 60 days to submit our feedback at js-tpt@gov.in starting from August 2. Write in and explain your point view. With any luck, some reason may be seen.