All-new, fifth-gen Honda City gets fresh styling inside out; India launch in mid-2020. 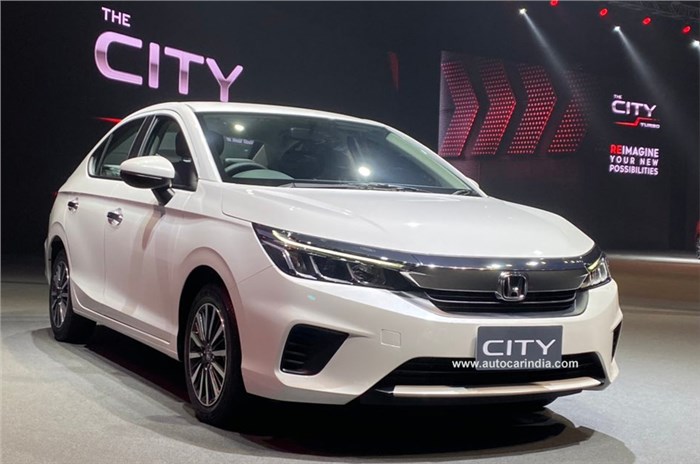 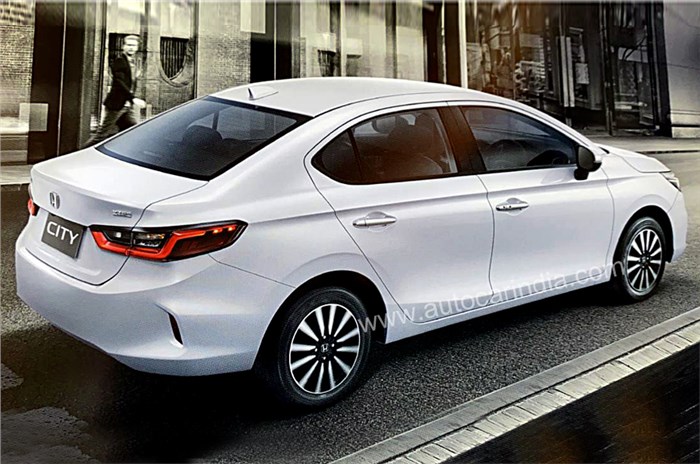 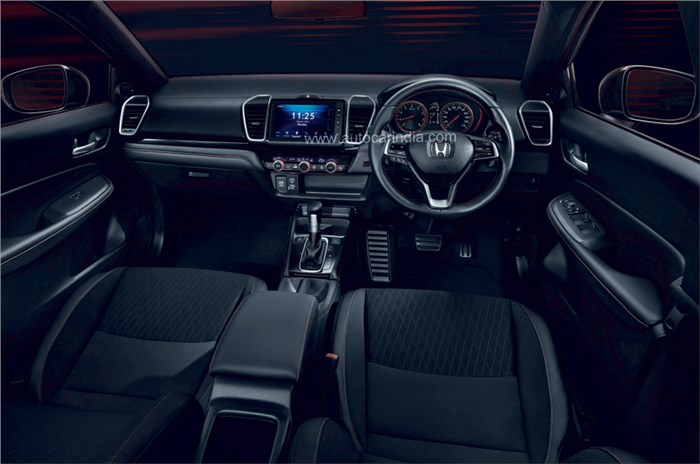 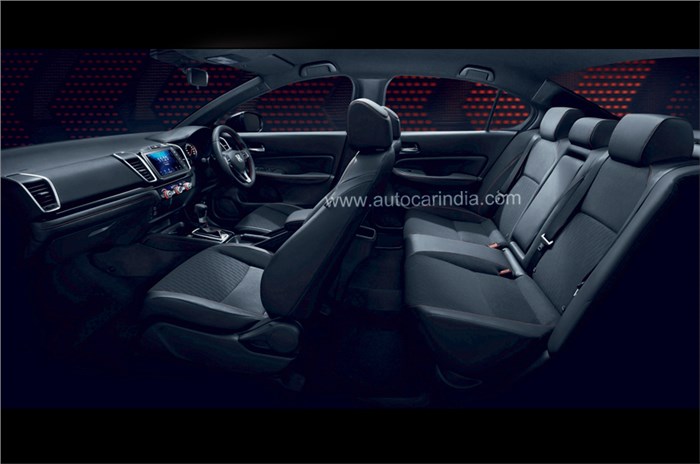 What you see here is the all-new, fifth-generation Honda City that has just made its debut in Thailand. Armed with a new look, a sportier cabin and new engines, the Honda City will come to India in 2020. So what’s the new Honda City like? Read to know all the details.

The 2020 Honda City is over 100mm longer than the outgoing model, making it a fairly substantial car by mid-size sedan standards. The new City is also wider by 53mm but its height is down 28mm. Interestingly, for its larger dimensions, the City also sits on an 11mm shorter wheelbase vis-à-vis the outgoing model.

The fifth-gen model gets fresh styling on the outside but the form is still easily recognisable as that of a City. Linking the City to the Civic and Amaze is the thick chrome band atop the grille that forms the focal point at the front. The grille is flanked by wide and sharper-looking wraparound headlamps, embellished with LED projector units and daytime running lamps. However, what takes a bit away from the look is the simply-styled front bumper. Moving on to the sides, the new City gets a prominent character line that runs from the front door all the way to the back, eventually merging with the tail-lamps. The doors get subtle creases at the bottom as well, just like the outgoing model.

At the rear, the City gets elongated tail-lamps with LED elements and a simple boot and rear bumper design with vertically positioned reflectors placed at each end. The City for the Thai market sits on 185/60 R15 tyres shod with multi-spoke diamond cut alloy wheels. We expect the India-spec City to get a larger tyre size.

On the inside, the 2020 City gets an all-new dashboard layout that looks simple yet upmarket. The car that was on display had an all-black interior but the India car could get a beige-on-black theme, perceived to be more premium in our market. The subtle doses of brushed aluminium and piano black trim help uplift the look of things on the inside.

The outgoing City’s asymmetrical dashboard has made way for a more conventional-looking console. The centre piece here is a large 8.0-inch touchscreen that’s flanked by vertically positioned air-con vents. Notably, Honda seems to have ditched the outgoing car’s touch panel-based climate control arrangement for a more user-friendly setup that includes three rotary dials. Honda has provided two USB slots and one 12V power socket for the new City. The three-spoke steering wheel with leather wrapping looks chunky, and it gets dedicated buttons for volume control, cruise control and Bluetooth telephony.

The new City also gets brushed aluminium pedals and a large dead pedal that gets a subtle, brushed aluminium finish.  As far as instrumentation goes, the new City continues with the twin analogue dials with red outlines and a decent-sized multi-info display.  The fifth-gen City will continue to offer an Eco mode, as well as an automatic start-stop system.

Under the hood, the new 2020 Honda City for Thailand gets a 1.0-litre turbo petrol engine good for 122hp and 173Nm of torque. The sole transmission available for this engine is a CVT gearbox with paddleshifters offered on higher variants. This engine delivers an impressive 23.8kpl as per the Thailand test cycle.  Also part of the City line-up is a fresh 1.5-litre petrol engine coupled with Honda’s compact i-MMD mild-hybrid tech that made its debut on the new Jazz recently.  Honda has, however, not revealed any details of the hybrid powertrain yet.

For India, the new City will come with a 1.5-litre diesel engine as well, just like its predecessor.  This unit will be upgraded for BS6 emissions and will continue to be part of the City and the Amaze's engine line-up in our market.

The new 2020 Honda City will come to India after mid-2020, a time when it will see newer and updated rivals like the heavily refreshed Hyundai Verna, the recently updated Vento, the Maruti Suzuki Ciaz and the Skoda Rapid. The City has been Honda’s backbone in India. And in an era where sedans are falling in popularity, it’ll be interesting to see if the City can mirror the success of its predecessors.

Why Honda launched the City in Thailand?

The previous-gen Honda City saw its world premiere in India in late 2013, however that's not the case with the fifth-gen model

The key reason for Honda to introduce the 1.0 turbo petrol engine is to qualify for the stringent Eco Car Phase 2 rules in the Thailand domestic market, where the vehicle has to deliver CO2 emissions lower than 100g/km and have a fuel economy figure not less than 23.25kpl, among other requirements. And for the vehicle to qualify for the eco car programme, it has to go on sale before end of 2019 to meet local tax benefits.