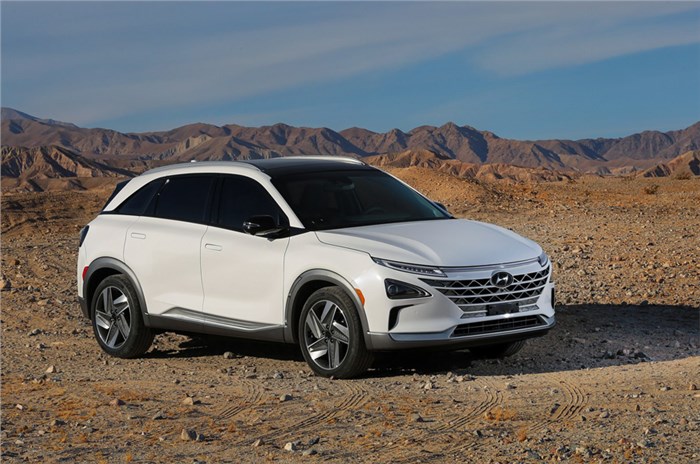 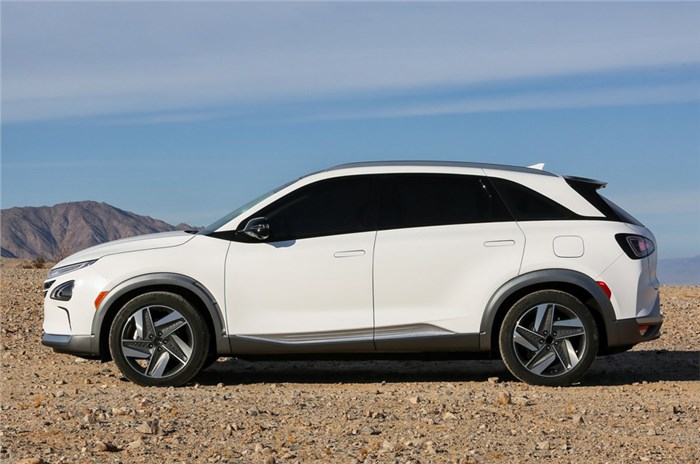 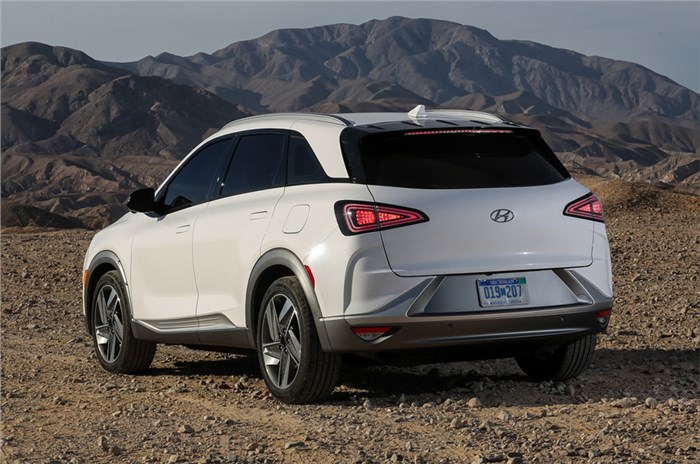 Hyundai has revealed the Nexo hydrogen fuel cell electric vehicle (FCEV) at the Consumer Electronics Show (CES) in Las Vegas. The 161hp SUV has a fuel cell capacity of 95kW and a range of 805km. Its torque rating stands at 395Nm and it does 0-100kph in 9.5sec. The Nexo will serve as the technological flagship of the brand's range of electrified cars.

Hyundai claims that the powertrain is as durable as internal combustion engine-powered cars, and can be refuelled in as little as five minutes, compared with the several hours of the latest electric vehicles on the market. It is 4,671mm in length, 1859mm in width and 1,630mm in height.

The SUV will come with a host of Hyundai's fully autonomous systems and includes a next-generation Blind Spot Monitor, which demonstrates to the driver their position in relation to other road users. It also gets Lane Following Assist (LFA) and Highway Driving Assist; while the former can steer, accelerate and brake the car at speeds, the latter uses map data and builds on LFA to control the car's speed according to the speed limit of the road, as well as using sensors to detect environmental conditions. The Nexo is also fitted with a remote parking system, enabling the car to park itself with or without a driver aboard.

The design of the car draws heavily from the FE Fuel Cell Concept shown at the Geneva motor show last year.