About 35 percent of Hyundai’s showrooms and 40 percent of service centres now up and running; carmaker looking at negative growth in the remainder of the year. 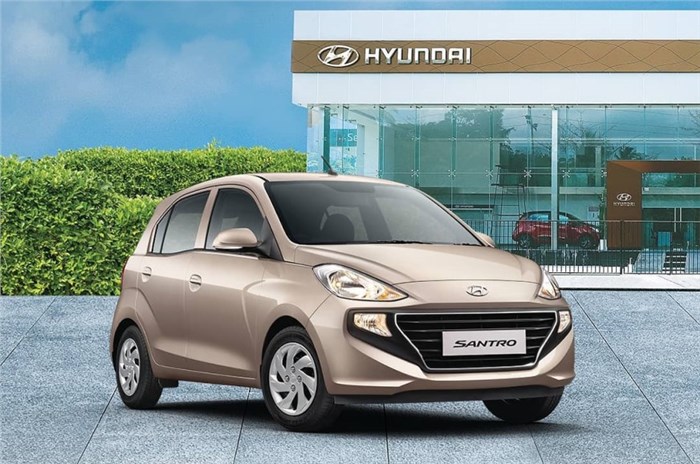 Following a month of zero sales owing to the nationwide lockdown, Hyundai reported some positive news as its dealerships and service centres across the nation slowly resume operations. In an interaction with Autocar India, Tarun Garg, business head of Hyundai India said that since reopening dealerships the carmaker had received over 2,500 bookings, along with more than 1,600 new cars being delivered to customers. He also revealed that about 35 percent of the company’s dealerships and 40 percent of its service centres were now open.

Enquiries and bookings on the rise

“Just to give you a sense of the numbers, 17,000 new enquiries have happened in May already at the showrooms. About 2,500 new customer bookings have happened and 1,600 new car deliveries have taken place,” Garg said. However, he added that a majority of the deliveries were for bookings placed prior to the lockdown in March.

While Garg did remark that the numbers were lower than normal, it's definitely a positive step over the zero sales recorded in April. He said that part of the numbers was due to the continued traction the brand received thanks to the launch of new products such as the Aura and the new Creta before the lockdown, and the Verna during the lockdown.

When questioned in regards to how the 2,500 bookings in comparison to the dealerships opened indicating that the demand not returning strongly Garg said, “Every day we are receiving more and more bookings, like on May 13 we received some 450 bookings. Now, normally, Hyundai would receive about 1,400 bookings every day under normal circumstances pre-COVID. So we are already at 33 percent of the normal levels in bookings, just to put things in perspective.”

On the topic of showrooms Garg revealed that the 35 percent of showrooms opened currently accounted for 32 percent of the brand’s sales, in spite of some important markets being closed at the time.

“Some of the big market have also opened, in terms of Karnataka and Kerala which are now fully open. So, this 35 percent of showrooms contributes to about 32 percent to our sales, normal sales,” Garg said.

The carmaker had announced that 255 of its showrooms and service centres had resumed operations, and that production had resumed at its Chennai facility. Since restarting operations, the carmaker is said to have received 500 bookings, 4,000 customer enquiries and delivered 170 cars.

Moving to the outlook for the remainder of the year, Garg said that Hyundai was looking at around a 20 percent degrowth.

“Obviously this quarter will be very high negative, but gradually that negative will taper off, and as we come to the festival (season) and we move towards January, we should start looking at a flattish kind of a thing. But, overall, for the year, very difficult to say, but maybe a 20 percent degrowth is what it appears at this point of time.”

Garg, however, pointed to instances such as the positive turn in the Chinese market and the Indian auto sector’s rapid recovery during the 2008 crisis to hint at a positive outlook in the future.

He revealed that uncertainties still remained owing to the current COVID-19 situation and operations having only freshly resumed. He highlighted issues such as suppliers likely being located within containment zones, as well as the uncertainty of the coronavirus reaching its peak, or if there was a resurgence.