Hyundai may bring back Santro name with all-new budget hatchback 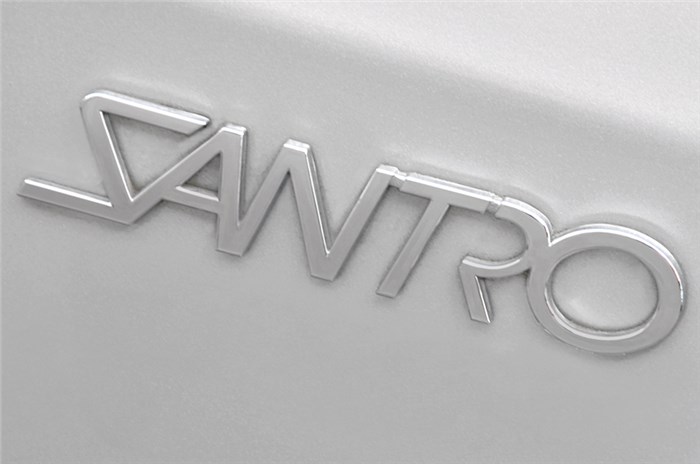 Exactly 20 years after it was first launched, the Santro is likely to make a comeback in the form of an all-new ‘tall boy’ compact car.

The car that brought Hyundai to India and, with some help from Shah Rukh Khan, turned the company into a household name, could soon be back. Well, the nameplate that is.

In Hyundai's product pipeline is an all-new hatchback (code: AH2) which embodies the same ‘tall-boy’ design philosophy that defined the original Santro. According to the carmaker, the AH2 will excel in interior space and have the same high seating position. However, whether or not the AH2 will be launched with an all-new name or christened 'Santro' is not confirmed yet.

Speaking to Autocar India at the 2018 Auto Expo, Y K Koo, MD and CEO of Hyundai Motor India Ltd said that the AH2 could very well use the Santro name. “We haven't finalised what the AH2 will be called. But many people are asking and demanding the Santro product name,” said Koo.

What makes a stronger case still for the Santro name is the brand value it holds even 20 years after its introduction.

An interesting consideration for using the name could also be the car’s height, given that it was the Santro that introduced India to the term ‘tall boy’. With a 1,560mm height, the AH2 won’t be as tall as the Santro but will be as taller than the competition, except for its erstwhile rival the Maruti WagonR.

The AH2 is also a replacement for the Eon which, built on the low-cost HA platform, won't meet the new crash regulations that come into effect in 2019. Hence, the car manufacturer has used the more robust first-generation i10 platform (PA) for the AH2.

Hyundai’s first automated manual transmission (AMT), developed in-house, will make its debut on the budget hatchback along with an upgraded version of the Santro’s original ‘Epsilon’ four-cylinder engine. This heavily revised motor has been developed to meet BS-VI emission standards and will come with an increased displacement of 1.2 litres.

Hyundai says the launch date for the new car isn’t finalised but the vehicle will definitely be here before Diwali this year.