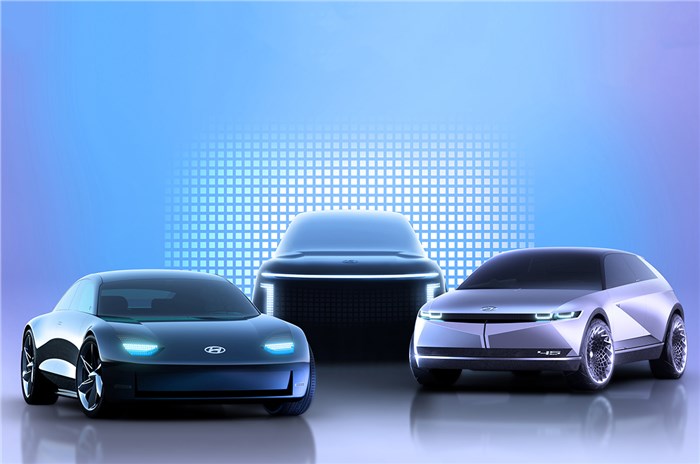 Three all-new EVs to debut under Ioniq sub-brand by 2024. 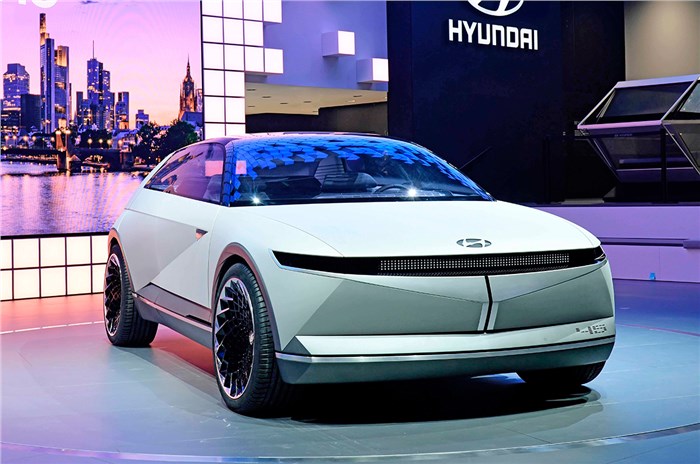 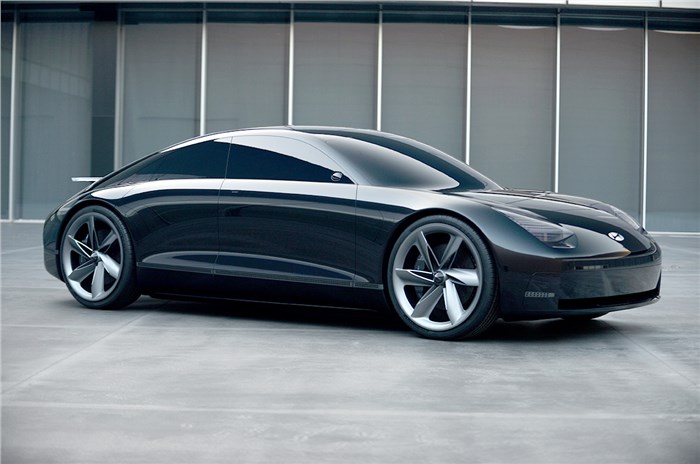 Hyundai Ioniq is the name of the new, dedicated all-electric sub-brand from the Korean carmaker. Alongside the name, the carmaker has also confirmed the launch of three electric vehicles under the new sub-brand.

Hyundai Ioniq: Why does the name sound familiar?

The Ioniq name isn’t new to Hyundai, with the name already in use for a sedan on sale in international markets. The Ioniq sedan is available in hybrid, plug-in hybrid and all-electric forms in international markets, though the car will not form a part of the new sub-brand. This could suggest that the model could either be renamed or replaced in the future.

Which models will come under the Ioniq sub-brand?

Hyundai will follow a numerical strategy similar to Volkswagen’s ID line-up for its models sold under the Ioniq sub-brand. Odd numbers will be used for SUVs and even numbers for sedans and other models.

The first production model to adopt the moniker will be the 2021 Ioniq 5, a SUV based on the radical Hyundai 45 concept from last year’s Frankfurt motor show. It will be followed in 2022 by the Ioniq 6 electric sports sedan, which will take cues from the low-slung Prophecy concept. A large, as-yet unseen SUV called the Ioniq 7 will arrive in 2024.

The final production designs of all three remain under wraps. However, Hyundai has previously said it plans for each to have a distinctive and different design, but they will all feature pixel headlights, as seen on the 45 and Prophecy concepts.

What platform will the Ioniq models sit on?

All Hyundai Ioniq models will use the brand’s all-new Electric Global Modular Platform (E-GMP), which is said to be capable of fast charging and a long range. With a long wheelbase and a flat floor, it also allows for each model to have a spacious interior, which, Hyundai says, will be modelled on “smart living rooms”.

The brand also says all Ioniq-branded models will offer enhanced connectivity features “to integrate in-car and out-of-car experiences for a seamless journey”.

What is Hyundai’s current goal in the EV space?

By 2025, Hyundai intends to launch 16 new EVs to increase its annual all-electric sales to more than half a million – the equivalent of just over 10 percent of its total sales in 2019. As a whole, the Hyundai Motor Group is aiming to achieve a 5 percent global automotive market share and transition to a ‘smart mobility solution provider’, rather than purely a car manufacturer.

What about Hyundai’s EV in India?

Hyundai entered the electric vehicle space in India with the launch of the Kona Electric SUV in July last year. The carmaker is also understood to be working upon a more affordable electric vehicle for the Indian market.

As with the Ioniq sedan, the Kona too is expected to continue to be sold under the main Hyundai brand with the model sold in international markets in both conventional fossil fuelled and electric forms.

Currently Hyundai is readying to launch the new i20 in India in the coming months. It is also evaluating the Palisade - its large three-row SUV - for India.