Hyundai foresees jump in i20 auto sales with 1.2 CVT 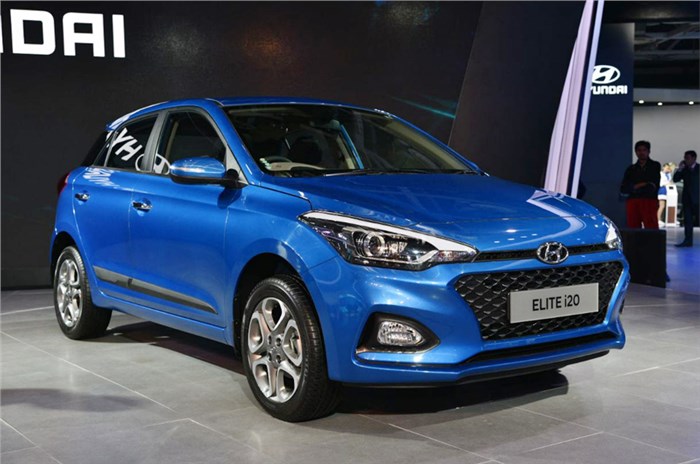 Tax breaks due to the locally assembled, smaller-capacity petrol engine set to bring down cost, resulting in spurt in demand.

Hyundai launched the refreshed i20 at the ongoing Auto Expo 2018 at a starting price of Rs 5.35 lakh for the base petrol, going up to Rs 9.15 lakh for the fully loaded diesel (both prices ex-showroom, Delhi). In May 2018, the Korean carmaker is set to introduce a new automatic variant, which, for the first time, gets a continuously variable transmission (CVT) mated to the 1.2-litre Kappa engine.

Hyundai anticipates a significant uptick in the i20 automatic's sales when it launches the 1.2 CVT variant due to a price reduction with the model getting a tax advantage. With the smaller 1.2-litre petrol, the i20 will fall in the 12.5 percent tax bracket on cars under four metres in length and with petrol engines under 1,200cc. The earlier model, powered by a 1.4-litre unit, attracted a much higher duty of 24 percent.

Moreover, the carmaker will save on costs as assembly of the 1.2 Kappa is heavily localised, as opposed to the 1.4 that was imported.

"The share of the 1.4-litre automatic among the overall i20 sales was only 2 percent earlier. With the 1.2-litre CVT, we see the share surging to 10-15 percent," Y K Koo, managing director and CEO, Hyundai Motor India, told Autocar India on the sidelines of the Auto Expo 2018.

"The old i20 was very expensive since both the 1.4 engine and the torque converter were imported. I think the price will be more competitive since we are developing the unit locally and we have the tax benefit as well," Koo added.

The i20 auto (currently discontinued) was priced at Rs 9.15 lakh (ex-showroom, Delhi) for the mid-spec Magna trim, a whopping Rs 1.45 lakh more than the mid-spec Maruti Baleno Zeta CVT and around Rs 75,000 over the top-spec Baleno Alpha CVT. However, the refreshed i20 auto is expected to be priced on par with its key rival, the Baleno, when it goes on sale in May. This massive tax saving will allow Hyundai to price the model more competitively and take the Baleno CVT head-on. The affordable price will also enable Hyundai to tap in to the rising demand for automatics in India.

A rise in demand for the automatic could help the i20 reduce the sales gap with the Baleno, which currently tops the segment. Ever since it drove ahead of the Hyundai in July's monthly sales, the Baleno has sold an average of 16,500 units a month, while the i20 averaged 11,000 units.