The Honda City, arguably one of the most successful and widely recognised sedans in India, has completed 20 full years in the Indian market. 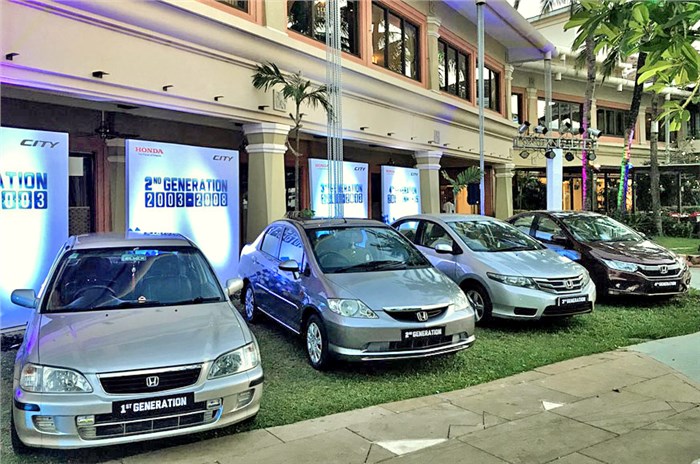 Honda’s ever-popular mid-size sedan has completed 20 years in India. It’s a model that has always formed the bedrock of the company’s sales in India. So popular is the car in our market that sales in India account for 25 percent of the City’s global sales. From its introduction in 1998 to the present day, the Honda City has always enjoyed a modicum of success.

The City is in its fourth generation now, and each one of these four generations has enjoyed its run in the Indian market.

Over the four generations it’s been on sale, the City has racked up sales of over 7 lakh units in India alone. The next-gen City comes to our market in 2020 and is part of Honda’s plan to launch six new products in India over the next three years.

The Honda City has grown in popularity over its generations, evident in the rise in its sales numbers: