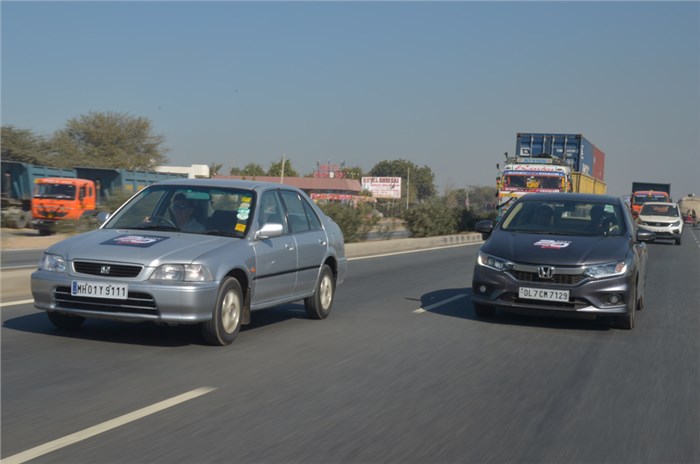 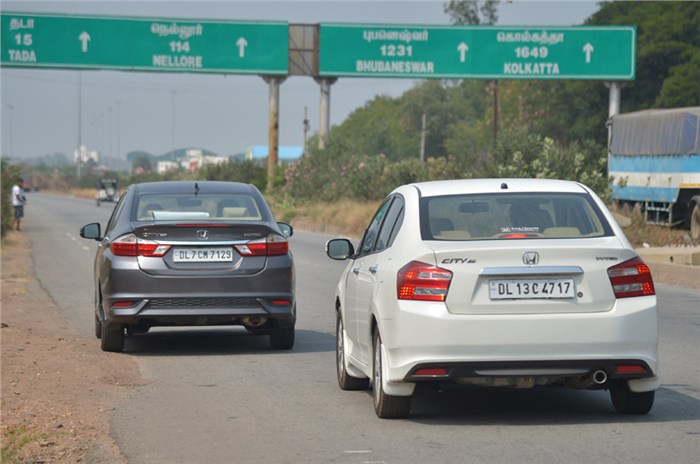 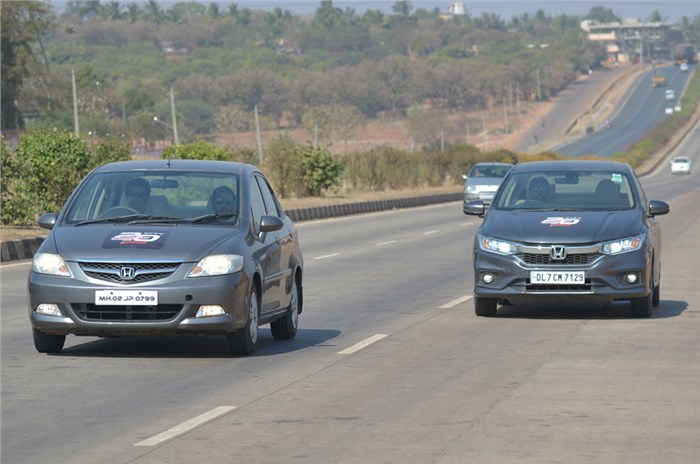 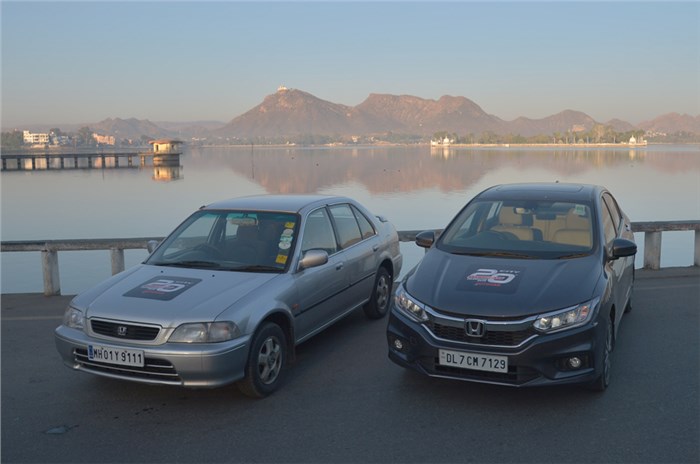 A 7,000-km, 17-day drive through 12 states is how we celebrated 20 years of the Honda City in India. Here is what we discovered in this memorable journey in an iconic car.

Flagged off from New Delhi, in 17 days, through 12 states and 7,000km, the drive to celebrate 20 years of the Honda City in India is complete. The initial plan was to drive the 6,000-km length of the Golden Quadrilateral (GQ) and explore how the City and the highway had evolved over the period of their existence, but cheeky side trips – like the one to the dry Salt Lake in Rajasthan – slowly pulled that number up to 7,000km. Here, in a nutshell, is what we found in those 17 days, passing through 12 states.

To our delight, we found that the 19-year-old first-generation City still felt like it left the showroom yesterday, and we rediscovered its appetite for revs and how it finds its second-wind after 5,500rpm. The best sections of the Golden Quadrilateral on the Delhi-to-Mumbai leg are through Rajasthan and Gujarat and some of Maharashtra, while the worst is the bit in Haryana. We observed that Baroda actually has some decent vegetarian food and that Rajasthan has villagers that have no clue of the speeds modern cars can do.

On leg two of the journey, which was from Mumbai to Bengaluru, the second-generation City kept us sane with its practical nature. It was a car that had all the excitement sucked out of it but one that made up by accommodating the whole family and making life easier for the senior ones. This is a car that reminded us of a time before MP3’s and Bluetooth were around – it came with a CD player and nothing else. As for the road, Pune to Kolhapur is a decent stretch, but put to shame by the superb four- and six-lane run to Bengaluru after that. Oh, and there is still a 30km two-lane stretch before Hubli.

Leg three and the third-generation had the longest run from Bengaluru to Kolkata. In the third-gen City, we found a car that married the excitement levels of the first generation to the practicality of second generation. It also looked much better and was possibly the first car in India that did away with the CD player altogether. Ours was an automatic and that made it much easier to drive through the chaotic traffic we found on the way, especially in Bengaluru, Vijayawada and Kolkata. And, because the GQ went past the Madras Motor Sport Race Track, we popped in and drove a few hard laps on the wider MRF tyres we had fitted on the car. They soon chased us out because we were having too much fun!

Leg four was an eye-opener. For starters, the stretch from the Bihar-Uttar Pradesh border, all the way to Varanasi, is incomplete and full of diversions. The traffic is bad, the sections that are complete don’t have lane markings and are dangerous to drive on at night. We were lucky that we had the fourth-generation City to keep us comfortable – superb seats, climate control, a gazillion ways to connect your phone and iPod, and an easy diesel engine were what kept us going through this bit. UP also has some superb bits of GQ after Varanasi and we cheated a bit too; 100km before Agra, we turned off onto the brilliant Lucknow-Agra super expressway that immediately made the GQ feel outdated in terms of the safety built into it. Nonetheless, there is no way to keep speed in check on these wide open roads and the evidence of tyre blowouts was sadly there to be seen.
This leg also let us drive on the best part of the GQ – the Agra-Delhi expressway.

At the end of this drive, we realised that of all the money spent on four- and six-laning, very little was allocated to make the Golden Quadrilateral safe. Armco barriers are few and far apart, there’s nothing to stop an out of control vehicle from jumping the divider and heading into oncoming traffic and there is absolutely no policing. Yes, sure, there is the odd police Sumo/Bolero parked up on the side but from what we saw, most were busy snoozing. Villages along the road have direct access to it and most ride across without looking first and that gave us more than a few heart-in-mouth moments.

Though, overall, no mishaps took place and none of the Citys we had on this journey gave us even a hint of trouble. A successful drive then and make sure to look for the full story in next month’s issue of Autocar India.