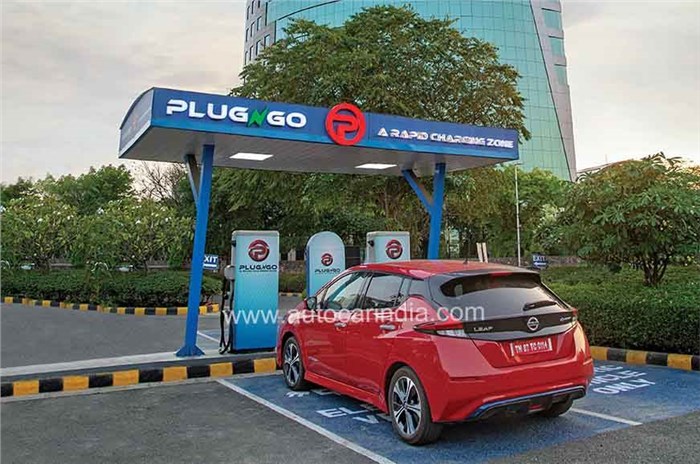 The Ministry of Road Transport and Highways (MoRTH) today issued a draft notification towards exempting electric vehicles from registration charges in an effort to boost electric mobility in India.

The draft notification, which was issued for receiving comments and suggestions from stakeholders, mentioned, "provided further that, for the battery operated vehicles...shall be exempted from the payment of fees for the purpose of issue or renewal of registration certificate and assignment of new registration mark."

If implemented, the move is expected to cover all categories of electric vehicles. As far as passenger vehicles go, the Mahindra eVerito is at-present, the only all-electric car on sale for private use in India. However, a slew of electric vehicles are set to be launched in the near term.

MG Motor India is lining up the eZS SUV for launch in December 2019 and recently announced EV will be manufactured at its facility in Halol, Gujarat. Korean automaker Hyundai is gearing up to introduce the Hyundai Kona EV in India on July 9, 2019.

Models such as an electric version of the KUV100, which will replace it as Mahindra’s EV hatchback in early 2020, and the electric Wagon R are also in the pipeline.

Today's proposal to exempt electric vehicles from registration charges follows the government's efforts towards having a large portion of the country’s vehicle population powered by lithium-ion batteries by 2030. In fact, it was looking to gain traction in the market by mandating sales of only electric three-wheelers from April 1, 2023 and April 1, 2025 for electric two-wheelers (below 150cc). According to reports, the government's think tank NITI Aayog has also suggested that sales of only electric vehicles are permitted after 2030.

Last year, MoRTH had announced that all electric vehicles will have a green registration plate, which enables easy identification. This allows for preferential treatment in parking and free entry in congested zones among other proposed benefits like concessional toll.